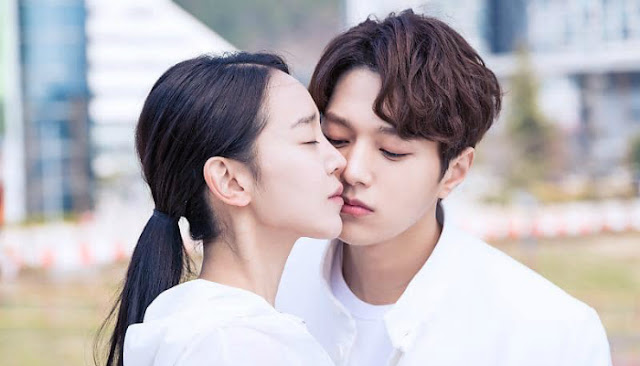 (The Little Boy in the Bar)


In the Eton bar, in a corridor on the empty top floor.


Ning Xi had been drinking for the entire night to accompany some investors. With a splitting headache, she wanted to find somewhere clean and quiet to sober up, but she had not expected that Chang Li would follow her. She could only gather up her spirit to deal with her, “Sister Chang, is there something you want to say?”


“Ning Xi, let me ask you, did you register to audition for the female lead in《Land Under Heaven》?”


“You’re not allowed to go tomorrow!” Although Chang Li was her manager, she was stopping her from auditioning for this role that all the major entertainment companies were jostling for.


Ning Xi was not at all surprised by this, and only raised her brows and asked: “Reason?”


“You went behind my back and acted by yourself, and you still dare to ask me for the reason? Didn’t you know that the company has already arranged for Ning Xueluo to audition?”


“This doesn’t seem to conflict with the company’s arrangements.” Ning Xi smiled faintly at her, “Ning Xueluo made you come find me? Don’t tell me she’s afraid that I, a small-time actress whose name isn’t even known, will snatch her role?”


“You think you have the ability to snatch Xueluo’s role? You’re still talking in your dreams! Let me tell you, don’t waste your efforts. The Ning family has invested 30 million into this movie, Xueluo is already sitting securely in this role!”


“Then why are you so anxious?”


“Since you’re my artist, you have to listen to my arrangments!” Chang Li said as if that was how it ought to be.


“Heh, so sister Chang still knows that I’m an artist under you.”


“Ning Xi, I don’t have the time to bicker with you, since you’re refusing to comply, don’t blame me for resorting to force!”


As she finished speaking, Ning Xi felt a strong blow from behind. Caught off guard, she was pushed into the storeroom in the corner, and her phone was also taken away.


With a bang, the door was heavily shut.


The footsteps outside the door slowly drifted away.


Knowing that shouting was useless, Ning Xi kept silent. Leaning against the door, she slid down to the floor with an indifferent expression.


When she had first entered the company, Ning Xueluo was still able to restrain herself, and only made Chang Li arrange for some villain roles for her at most. However, she was growing bolder and starting to go too far. She was even able to throw out such a low level tactic……


If she failed to get the role this time, then she had to find a way to leave Starlight Entertainment……


Amidst her messy thoughts, a small sound travelled to her ears.


Was there a mouse?


Ning Xi followed the direction of the sound and looked over— and was stunned.


She saw a little boy behind a stack of boxes……


That little guy looked to be about four or five; he looked like a finely carved jade piece, white, soft, like a little bun. He was currently shivering and hiding in the corner, his dark eyes filled with precaution and vigilance.

Uh, why would there be a child in a storeroom of a bar?


There shouldn’t be a customer so crazy as to bring their child to a bar, right?


“Were you also shut in here by someone?”


After questioning him for half the day, the child remained silent, but started shaking even more, as if he were a frightened little beast.


Finally, Ning Xi did not bother continuing to speak, it had nothing to do with her anyway.


The two of them, adult and child, thus peacefully occupied a corner each.


At this moment, the light bulb above them flashed brightly, then went out.


In the darkness, Ning Xi vaguely heard a chattering sound. After carefully listening for a bit, she realised that it was similar to the sound of teeth chattering.


Ning Xi laughed in spite of herself, and turned towards the little bun to say, “Scared of the dark?”


The chattering sound paused for a second, before increasing in volume.


Oh, how was he so cowardly?