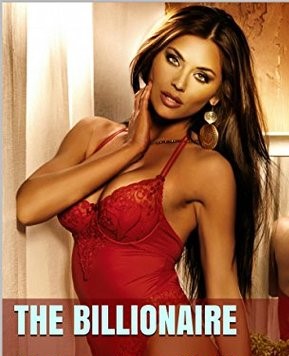 (An Affair with my rude boss)

Maliya smiled as soon as she spotted Chad's car from a distance and quickly checked her appearance on a compact mirror before he parked in front of her.
‘Ready for our date??'.He asked as he lowered the window and she nodded.
‘You are looking great by the way,so where's Mimi??'.
‘She's staying with my parents for the weekend which gives us enough time to talk and get to know more about each other'.He replied.
‘And your wife??'.Maliya's brows rose up.
‘You mean soon-to-be ex wife?? I don't care about her and I'm pretty sure she's somewhere shopping'.He said.
He was kind of lying.
Although he had given Vanessa the papers she still hadn't signed them which meant they were still a couple but he chose to lie anyway.
He didn't know what his feelings for Maliya was yet but all he knew was that he wanted to be with her.
.
.
.
An hour later the two couples walked out of the restaurant hand-in-hand and Chad stopped abruptly.
‘What is it??'.Maliya asked as her cheeks reddened with color.
‘This is a perfect moment'.He replied.
‘Perfect moment for what??'.
‘For this?'.He whispered and kissed her softly on the lips.
She was puzzled to the core but she welcomed his lips wholeheartedly and wrapped her arms around his neck.
But,
Unknown to the both of them,someone took a photo and sent it to a client.
.
.
.
Vanessa's mouth dropped as soon as she received the pictures she asked for from her private investigator.
‘So he was with her all along'.She gasped as she immediately recognized Maliya's gorgeous hair.
Surely Chad was moving on and it was bad news for her.
She had to make it up to him,she just had to make it up to him,she thought as she quickly got out of bed.
.
.
.
Chad chuckled as he walked into the house and dropped his keys only for him to see the dinner table filled with delicacies and candles like it was for someone special.
Maybe Vanessa was having visitors over,he thought but his doubts were futile as Vanessa came out wearing a very sexy dress.
‘Hey love'.She said and he laughed out loud.
‘I think this is a dream'.
‘No it's not a dream Chad,I want us to start over now'.
__________
CLICK ON THIS LINK TO READ EPISODE 16
at April 27, 2021