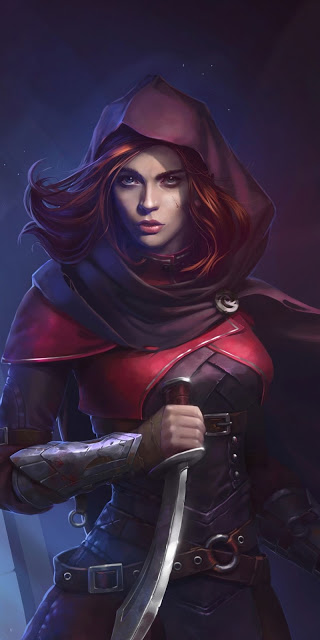 “Just be ready to leave for Suria in two days,” Aedion ordered Ren as the three of them gathered at midnight in the apartment where Ren and Murtaugh had stayed, still unaware of who it belonged to. “Take the southern gate—­it’ll be the least monitored at that hour.”

It had been weeks since they’d last met, and three days since a vague letter had arrived for Murtaugh from Sol of Suria, a friendly invitation to a long-­lost friend to visit him. The wording was simple enough that they all knew the young lord was feeling them out, hinting at interest in the “opportunity” Murtagh had mentioned in an earlier letter. Since then, Aedion had combed every path northward, calculating the movements and locations of every legion and garrison along the way. Two more days; then perhaps this court could begin to rebuild itself.

“Why does it feel like ­we’re fleeing, then?” Ren paused his usual pacing. The young Lord of Allsbrook had healed up just fine, though he’d now converted some of the great room into his own personal training space to rebuild his strength. Aedion wondered just how thrilled their queen would be to learn about that.

“You are fleeing,” Aedion drawled, biting into one of the apples he’d picked up at the market for Ren and the old man. “The longer you stay ­here,” he went on, “the bigger the risk of being discovered and of all our plans falling apart. You’re too recognizable now, and you’re of better use to me in Terrasen. There’s no negotiating, so don’t bother trying.”

“And what about you?” Ren asked the captain, who was seated in his usual chair.

Chaol frowned and said quietly, “I’m going to Anielle in a few days.” To fulfill the bargain he’d made when he sold his freedom to get Aelin to Wendlyn. If Aedion let himself think too much about it, he knew he might feel bad—­might try to convince the captain to stay, even. It ­wasn’t that Aedion liked the captain, or even respected him. In fact, he wished Chaol had never caught him in that stairwell, mourning the slaughter of his people in the labor camps. But ­here they ­were, and there was no going back.

Ren paused his pacing to stare down the captain. “As our spy?”

“You’ll need someone on the inside, regardless of whether I’m in Rifthold or Anielle.”

“I have people on the inside,” Ren said.

Aedion waved a hand. “I don’t care about your people on the inside, Ren. Just be ready to go, and stop being a pain in my ass with your endless questions.” He would chain Ren to a ­horse if he had to.

Aedion was about to turn to go when feet thundered up the stairs. They all had their swords drawn as the door flew open and Murtaugh appeared, panting and grasping the doorframe. The old man’s eyes ­were wild, his mouth opening and closing. Behind him, the stairwell revealed no sign of a threat, no pursuit. But Aedion kept his sword out and angled himself into a better position.

Ren rushed to Murtaugh, slipping an arm under his shoulders, but the old man planted his heels in the rug. “She’s alive,” he said, to Ren, to Aedion, to himself. “She’s—­she’s truly alive.”

Aedion’s heart stopped. Stopped, then started, then stopped again. Slowly, he sheathed his sword, calming his racing mind before he said, “Out with it, old man.”

Murtaugh blinked and let out a choked laugh. “She’s in Wendlyn, and she’s alive.”

The captain stalked across the floor. Aedion might have joined him had his legs not stopped working. For Murtaugh to have heard about her . . . The captain said, “Tell me everything.”

Murtaugh shook his head. “The city’s swarming with the news. People are in the streets.”

“Get to the point,” Aedion snapped.

“General Narrok’s legion did indeed go to Wendlyn,” Murtaugh said. “And no one knows how or why, but Aelin . . . Aelin was there, in the Cambrian Mountains, and was part of a host that met them in battle. They’re saying she’s been hiding in Doranelle all this time.”

Alive, Aedion had to tell himself—­alive, and not dead after the battle, even if Murtaugh’s information about her whereabouts was wrong.

Murtaugh was smiling. “They slaughtered Narrok and his men, and she saved a great number of people—­with magic. Fire, they say—­power the likes of which the world has not seen since Brannon ­himself.”

Aedion’s chest tightened to the point of hurting. The captain was just staring at the old man.

It was a message to the world. Aelin was a warrior, able to fight with blade or magic. And she was done with hiding.

“I’m riding north today. It cannot wait as we had planned,” Murtaugh said, turning toward the door. “Before the king tries to keep the news from spreading, I need to let Terrasen know.” They trailed him down the stairs and into the ware­house below. Even from inside, Aedion’s Fae hearing picked up the rising commotion in the streets. The moment he entered the palace, he would have to consider his every step, every breath. Too many eyes would be on him now.

Aelin. His Queen. Aedion slowly smiled. The king would never suspect, not in a thousand years, who he’d actually sent to Wendlyn—­that his own Champion had destroyed Narrok. Few had ever known about the Galathyniuses’ deeply rooted distrust of Maeve—­so Doranelle would be a believable place to hide and raise a young queen all these years.

“Once I get out of the city,” Murtaugh said, going to the ­horse he’d tied inside the ware­house, “I’ll send riders to every contact, to Fenharrow and Melisande. Ren, you stay ­here. I’ll take care of Suria.”

Aedion gripped the man’s shoulder. “Get word to my Bane—­tell them to lie low until I return, but keep those supply lines with the rebels open at any cost.” He didn’t let go until Murtaugh gave him a nod.

“Grandfather,” Ren said, helping the man into the saddle. “Let me go instead.”

Murtaugh murmured his agreement. “Gather what information you can, and then you’ll come to me when I’m ready.”

Aedion didn’t give Ren time to refuse as he hauled open the ware­house door for Murtaugh. Brisk night air poured in, bringing with it the ruckus from the city. Aelin—­Aelin had done this, caused this clamor of sound. The stallion pawed and huffed, and Murtaugh might have galloped off had the captain not surged to grab his reins.


Murtaugh Allsbrook and his riders spread the news like wildfire. Down every road, over every river, to the north and south and west, through snow and rain and mist, their hooves churning up the dust of each kingdom.

And for every town they told, every tavern and secret meeting, more riders went out.


Across the White Fangs and the Ruhnns, all the way to the Western Wastes and the red-haired queen who ruled from a crumbling castle. To the Deserted Peninsula and the oasis-­fortress of the Silent Assassins. Hooves, hooves, hooves, echoing through the continent, sparking against cobblestones, all the way to Banjali and the riverfront palace of the King and Queen of Eyllwe, still in their midnight mourning clothes.


Hold on, the riders told the world.

Dorian’s father was in a rage the likes of which he’d not seen before. Two ministers had been executed this morning, for no worse crime than attempting to calm the king.


A day after the news arrived of what Aelin had done in Wendlyn, his father was still livid, still demanding answers.


Dorian might have found it funny—­so typically Celaena to make such a flamboyant return—­had he not been utterly petrified. She had drawn a line in the sand. Worse than that, she’d defeated one of the king’s deadliest generals.


No one had done that and lived. Ever.


Somewhere in Wendlyn, his friend was changing the world. She was fulfilling the promise she’d made him. She had not forgotten him, or any of them still ­here.


So Dorian let his father rage. He sat in on those meetings and shut down his revulsion and horror when his father sent a third minister to the butchering block. For Sorscha, for the promise of keeping her safe, of someday, perhaps, not having to hide what and who he was, he kept on his well-­worn mask, offered banal suggestions about what to do regarding Aelin, and pretended. One last time.


When Celaena got back, when she returned as she’d sworn she would . . .

Then they would set about changing the world together.