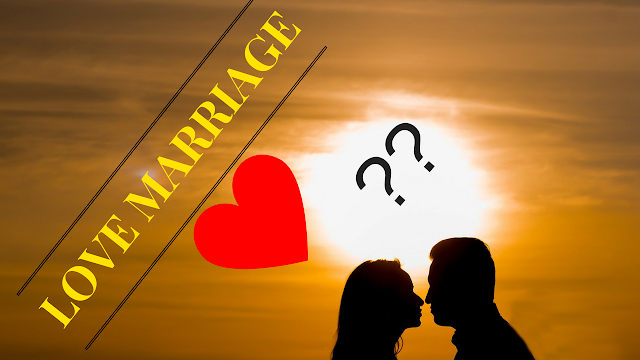 Because it happened so suddenly, and there were many members of the media present, one can only imagine how quickly the news of the incident spread!

In just one night, the facade of the loving couple, Xi Mushan and Yue Lingsi, was shattered. Rumors sprang everywhere!

At the villa, Ah Mo had just finished breakfast when his phone vibrated. It was a call from a subordinate!

When Ah Mo heard the urgent voice, he instantly frowned and quickly flipped through the newspapers that had just been delivered. Splattered across the headlines were reports about the incident with Xi Mushan, Shen Wenna, and Yue Lingsi.

When Ah Mo saw these words, his brows furrowed further and his expression turned unusually heavy. Mu Lingsi saw this when she walked over, so she immediately asked, “What’s wrong? Why don’t you look so well?”

Mu Lingshi took it with a puzzled expression. She flipped through them, and after a while, she turned solemn too.

“Yue Lingsi? This woman is a lunatic!” Mu Lingshi cursed softly as concern colored her eyes. “With this, what about Bro and Sis-in-law?”

“I’ll survey the situation first,” said Ah Mo before making a call. The other person quickly picked up.

“Ah Pao, find out more about the situation of the fashion show incident involving Mayor Xi and Teacher Shen, and immediately send me the address where Teacher Shen is hospitalized. Hurry! Try your best to suppress the news!”

“Yes, Bro Mo!” The person on the other end of the phone answered, then rushed to hang up.

“What do we do? This happened at such a pivotal time. I wonder how Teacher Shen is right now. Sis-in-law must be very anxious.”

“Don’t be worried first. We’ll see what Ah Bao can find out,” Ah Mo consoled, then he turned to look at the newspaper beside him again. After a while, he sighed, “I’m afraid this time it’ll be a little more troublesome.”

Mu Lingshi was obviously unclear about all these things. She only knew that Xi Mushan and Shen Wenna were Xi Xiaye’s parents. She felt that Shen Wenna’s identity was extraordinary. Having met her a few times, she quite liked her aura. The last time when she went to look for Zhuang Shurong, she coincidentally saw her at the spa with Zhuang Shurong.

“The grudges and grievances between the three of them aren’t simple. Things at the Xi family’s end is quite complicated too. You should know Xi Xinyi, don’t you? This woman is rather complicated. She’s taken advantage of Missus many times. It was only recently that Master managed to suppress all of it. Yue Lingsi is Xi Xinyi’s mother. The mother and daughter… Sigh!”

Ah Mo suddenly did not know how to continue, so he could only groan.

Mu Lingshi fell silent too. The two of them did not speak but after a few moments, Ah Mo’s phone suddenly chimed with an address sent by Ah Bao.

Ah Mo took a look at it, then got up and turned to Mu Lingshi. “I’m going out for a bit Stay at home and rest.”

“How are you going to go out like this?” Mu Lingshi frowned and looked at Ah Mo.

“It’s fine. There are some things that I need to handle by myself to feel assured. I won’t rush into this. When I’ve understood the whole situation, I’ll let Master know,” said Ah Mo.

Mu Yuchen probably had not found out about the news. Otherwise, he would have made a move by now.

Before Mu Lingshi could answer, he made his way out.

The Xi family, including Xi Xinyi and the rest, had also seen the news.

The phone had just rung when Xi Xinyi immediately asked anxiously, “How is it? Did you find out anything?” The person who was calling was Han Yifeng’s assistant, Secretary Wang. Xi Xinyi had ordered him to help find out about Shen Wenna’s condition.

“Mayor Xi put a complete lockdown on the news. For now, I haven’t been able to find out about anything, but by the looks of it, it’s probably not very optimistic,” Secretary Wang reported.

“What about Yifeng? What did he say? Can he…?” Xi Xinyi probed, yet before she could finish, Secretary Wang had already spoken, “Ms. Xinyi, CEO Han didn’t say anything. Instead, he’d like to sign the divorce papers as soon as possible. Otherwise…”

“Let him tell me this himself.” When she heard the final words, Xi Xinyi’s expression immediately turned cold and she just hung up.

She had just hung up when Deng Wenwen immediately asked with concern from the side, “What is it? Xin Er?”

Xi Xinyi then turned around to look at Deng Wenwen. Her gaze shifted, and it fell onto Yue Lingsi who remained silent without a word. When she saw her dazed expression, she hesitated and shook her head. “Father did a complete lockdown on all information. We still don’t know what the situation is. Secretary Wang says it doesn’t look very optimistic.”

It was a pretty high staircase, and she had fallen like that.

As Xi Xinyi finished, Yue Lingsi immediately laughed coldly. “Does Shen Wenna have the right to laugh at me too? I’m Xi Mushan’s actual wife. What was Shen Wenna? She’s just a woman that’s fallen from that position. How capable did she think she was? I’ll never lose to Shen Wenna, ever! Just watch how I stomp her to death!”

When Yue Lingsi spat these out, Deng Wenwen was startled. Then, she frowned and looked at Yue Lingsi warningly. “Speak less of such things, Lingsi. You’ve really gone overboard this time! Don’t you know what the consequences will be once this incident gets out? You caused this trouble. Do you think the situation isn’t as terrible as it already is? We don’t even know what the Han family thinks of us now!”

Deng Wenwen looked at Yue Lingsi sourly. “I know that you’ve been wronged all these years, and you’ve put in so much effort for this household. I take all of this into consideration, but every time when Shen Wenna’s mentioned, you turn extremely irrational. How did you step over her all those years ago? Can’t you have the tiniest bit of backbone?”

Deng Wenwen had been physically and mentally exhausted by all the incidents recently. Now, she felt a headache as she spoke about all of this. Her heart tightened so much that it was hard to breathe.

“Grandmother, you can’t blame Mother about this incident too. The situation then… Aunty Shen and Su Nan didn’t leave any dignity for Mother at all! They intentionally provoked her. Besides, Mother didn’t do it intentionally. Who would’ve thought that Father would be there too?” Xi Xinyi pointed out in a rather far-fetched manner before she sighed to herself.

Recently, they seemed to be having bad luck. Unfortunate bouts of events happened one after another while Xi Xiaye was flushed with success on her end. Now that Shen Wenna had turned out like this, they had finally managed to get back at them. However, she wondered if Yue Lingsi would be implicated.