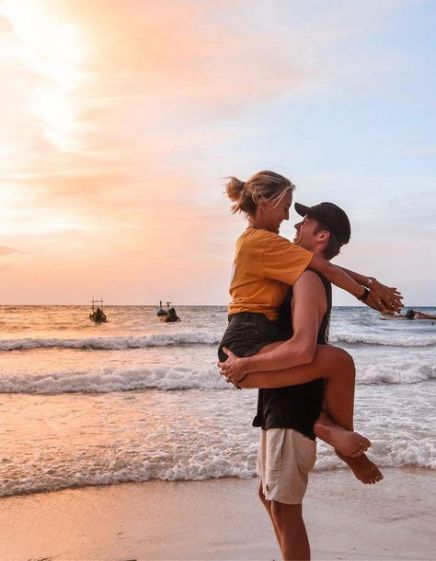 This is going to be tough. I thought to myself.
Soon the taxi I boarded stopped at the airport, beads of sweat covered my face, I became nervous all of a sudden, one thing I know for sure is……

I can’t control my body around him, those feelings are still there.

I spotted him in his black tailored suit, he had his sunglasses on,
I guess it’s because of how famous he is.

I went to him with my eyes glued to the floor , he smirked and his hands went to my waist.

I shivered at the touch, waves of electricity coursed in my spine, my hands shook.

And that is it, I hate my body around him, I don’t know why he’s bent on spending 10 NIGHTS with him.


I followed him into the plane.
But surprisingly no one was in the plane.
I guess he sensed I would ask,

“It’s my personal plane” He said shoving his hands into his pockets,

We sat down beside the window, I stared out wanting to see how it’ll take off,
“Leave us”I heard Miguel say.

What is he up to again? I asked myself .

Immediately all his guards left us in the huge plane.

I looked out again , Ignoring him will be the best thing .

Suddenly I felt his breath on my neck,
HE knew that’s my Most sensitive part.

This is no good at all.

I was completely turned on, after he smooched me , i was going crazy with desire, my vision is becoming blurry with desire.

And suddenly he stopped and stood up.

Omg!
He left me turned on.

I was stuck in awe as we got to Maldives, it’s such a beautiful place…..


We later drove to his place……

I sat down in the sitting room gaping at the colourful room.

It was time for me to take shower,
I approached him and told him, he pointed to a room by the left…..
I went in, after which I soaked myself in the bathtub which is really spacious.

Then I heard click…
He came into the bathroom.

“What are you doing here? ” I asked furiously.


“Oh! This is the only room here and it’s for the both of us” He mocked.