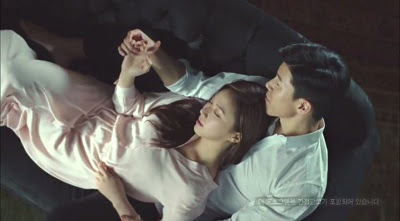 ( Are We Considered Idol Chasers?)

This man was acting in a top-rated American drama. If not, Lin Che would not have recognized him as well.


She was quite excited thinking about meeting the actor she had seen in the American drama soon.


In a moment, she behaved like an idol chaser and said with enthusiasm, "I hope I can get a picture. Do you think I can ask for a signature?"


Gu Jingze looked at her from the side. "Don't forget that you're also a celebrity…"


Moreover, she was one of the top celebrities.


Lin Che gave a cheeky smile. "That's different. There is fun in being an idol chaser."


No matter how old a female was, she would be besotted.


As for celebrities, if they get chased, it was because they continuously played their roles well.


So Lin Che quite liked this character created in the American drama. She even liked the actor's real name, Robert.


This actor had been making waves recently, and he made appearances on talk shows sometimes. In America, being on talk shows would have higher ratings, and so, his popularity rose.

Lin Che had prepared a gift to bring over. She was like a true fan.


Though speechless, Gu Jingze had to let her be.


When the two of them arrived at the location, they saw that it was a beautiful place that brought about a feel of an American village.


Gu Jingze said, "They do know how to choose a location."


Lin Che was in fangirl mode. She said, "This is Robert's grandmother's house. Their family started with farming. Since he liked drama when he was young, he went to study it, and only just started acting."


Gu Jingze shook his head. "All of you fans…"


"What? We depend on these fans to earn a living, alright?"


Gu Jingze had nothing to say. He pinched his haughty wife's nose.


The two of them entered together.


"Hey, who are you? Who allowed you in?" The man at the door asked, pointing at the both of them.


Lin Che immediately said, "Is Robert here? I'm a fan of his. I've especially come from C Nation to visit him. I hope he can come out to meet me. I've something for him over here."


This opening statement did not seem threatening.


Gu Jingze looked at his haughty wife and smiled lightly.


Lin Che gave me a look to say she knew best.


The guy opposite looked suspiciously and glanced at the gift. He thought it should be real since she had already prepared it.


"Oh, there are people who also know that he used to live here. But not many would come looking for him. How did you know he's here?"


He used to live here, but not now. Even if one came around, Robert would not be around, so very few fans would come.


Lin Che obviously would not say that it was inside information.

She said, "Oh, I just thought I'd try my luck. It looks like he's really here. Great, looks like I'm quite lucky."


This was Robert's relative. After going in, he updated Robert.


But when Robert came out, he was not in a good mood.


Seeing the woman in front of him, he said listlessly, "Who allowed you to come looking here?"


Lin Che was just about to present the gift, but Robert, who was in casual wear, blurted this question.


Robert was around because his woman, Charlotte William, lived there after she had mentioned how she wanted to hide to avoid the marriage arrangement her family set up for her.


Otherwise, he wouldn't live in this village at all.


It was good to visit the farm once in a while. But it was not all that comfortable for an extended stay.


Moreover, he had rejected several public notices because of this matter. In a moment, he was feeling restless.


Charlotte was a William, and that family household was very wealthy. So, he could only rely on Charlotte.


Robert did not expect that a fan would come here looking for him.


Moreover, the main thing was that he saw a face from C Nation the moment he came out.


He did not like fans from C Nation. Though many, they do not buy the original films from where he was. Though famous in C Nation, it was of no use.


They have never gotten a share of the broadcasting in C Nation. They could only watch the film getting popular there. But many were pirated copies.


And they were edited until they were unrecognizable.


However, they could fish for payouts. The rewards were high, but the procedures were cumbersome. For safety, C Nation had strict checks on this aspect.

Lin Che did not know about all these. She had been very enthusiastic to see him, but she faced a cold greeting. In an instant, she raised her eyebrows and kept her expression.


She had fans in the country, but she had always been friendly with her fans.


However, after being in the industry for a long time, some would maintain an image on the surface with their fans. But, sometimes, one or two would reveal their true colors.


And both were evident in Robert's expression.


She asked, "What's wrong? Am I interrupting something?"


Robert only wished she would leave quickly.


Pitiful Lin Che had specially taken a picture of him and shared it on the Internet.


On her Weibo was a picture of Robert, who was making his way towards her slowly. She had excitedly mentioned, 'I've come to see Robert. Do you want to ask anything about the plot?'


"Even Baby Che is watching this. I must watch it too."


"I didn't want to watch at first, but since Baby Che likes it, I will watch it too."


When these fans mentioned these, Lin Che had already lost her liking of the Robert in front of her.


But then, the feeling of getting your hopes dashed came.


Robert was anxious, of course, and he was also frustrated. "Alright, you can leave. It's my private time now. I don't have the time to talk to you. You're disturbing me. If you like me, then please don't disturb me. Alright?"


He tossed the gift to one side as he spoke.


Lin Che was stunned. She squatted down to retrieve the gift.


If he did not want it, she would give it to someone else.


At this moment, Robert wanted to push her out.


Unexpectedly, just as he reached out, a big strong arm came over first and gripped onto his hand.


Robert was in pain and felt like his arm was going to break.


He looked up at the man before him. In a moment, those penetrating eyes made him feel cold and in pain. It really scared him.
________