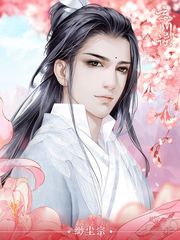 
"You might have been able to withstand the power of Cut-All-Like-Air Dagger, but, let's see how you will stand up against the strength of a five-grade beast! Hahaha..."


Meanwhile, Zen was oblivious to the fact that he was the center of attention, with masters discussing him and his flesh or that he had aroused a great disturbance outside.


After Zen eliminated Ryan, the dozens of crystal fragments that had belonged to Ryan were all his. The crystal fragments he had in hand were far beyond the requirements of the Blooded Test. 'What now?' he wondered, breathing a sigh of relief. All Zen needed to do now was find a corner to wait quietly until the end of the test and maybe take a little break.


Then he would be an outer disciple at the Cloud Sect.

He finally had time to check the many gashes in his clothes and realized he was covered in blood. Luckily, for him, even though the wound looked awful, there wasn't really any pain.


The wounds the threads had made on his hands and feet were bloody and looked severely mutilated. However, these were all trauma and didn't hurt his life energy which might make it simpler for him to heal.


Clenching his fists tightly, Zen pushed his energy out. Deep red blood-like liquid suddenly flowed along the wound sites, down his arms and legs. Under pressure he exerted, the wounds quickly closed.


Zen controlled his muscles to heal instantly. This was something anyone at the peak of flesh refining level could do. In that short time, he was able to recover and feel much better.


Waiting until the wounds were almost healed, Zen paced back and forth, to make sure there was no more pain in his body. Then he glanced around and walked away.

In his heart, there remained some questions. The weapon he got from Ryan was a spiritual weapon, 'I wonder how many dragon scales will be lighted up if the black fire in my mind swallows the spiritual weapon? Three, four? Maybe five?' considered Zen. While he still wasn't clear about that, he knew the iron essence he refined would be more than that of a top grade mysterious weapon. Zen shrugged and kept moving.


After Ryan was beaten and encased in light, the dagger was left behind. If he did feed it to the black fire, the Fang Clan would not let it pass, but chase him down. He wasn't strong enough to loot a spiritual weapon.


As for the crystal fragments that he got from Ryan, he did not know what to do with them. If he found Nory, he could give him some.

What annoyed Zen was that the third layer was so vast he couldn't find Nory. Where would he find Nory?


While meandering along, lost in thought, Zen was suddenly jarred. The ground under him shook violently, nearly making him lose his balance. As the ground shook again, he heard, "Thu-ud!" as though something very large was walking toward him.


The ground shuddered so violently, Zen staggered like a drunkard.


The animal's heavy steps became louder, and the tremors under Zen's feet became more powerful the closer the monster got. The jagged rocks rattled and bounced on the ground, and then, the hillside split open.

His heart skipped a beat, but he got control quickly enough. Something was headed at him, and that something must be enormous, he thought, 'What now?


Why are so many things so dead set on messing with me? Am I just ill-fated?


This is only supposed to be a test!' Zen bemoaned while dodging flying stones. He wanted to cry.


As Zen stared, he saw four ordinary disciples and two noble clan disciples racing for their lives, screaming and crying in fear. They were barely out when the stone forest behind them collapsed.


Following on their heels was a giant lumbering monster!


The monster was humanoid, but there were two sharp tusks on its head, mouth full of spiked teeth and its eyes were like twin blazing flames.


"Is? I-is that an Ogre?" As Zen stared up at the nearly twenty-foot tall monster, his jaw dropped. Judging from the two over-sized fangs jutting from the sides of its mouth, this was an Ogre.

They were bloodthirsty, brutal, and they ate humans...


All kinds of legends were passed down orally about the Ogres and scared people at the mere mention. Adults were terrified, and tended to tell their children if they didn't behave, the ogres would come to eat them, which would usually make kids silent.


But, that wasn't the principal problem. The problem was that, obviously, the Ogre wasn't supposed to be on the third layer! Before he could figure out what was going on, the Ogre started to attack.
The Ogre rushed a disciple swatting at him with the back of its hand. The pupil was sent sailing through the air, and dots of lights appeared as he landed indicating he was out of the game.

Another noble pupil's plight was worse, as the Ogre snatched him up, shaking him like a ragdoll. No matter how hard he struggled, he could not break away. He screamed hysterically, as the massive monster raised him, popping the tiny noble clansman into its mouth. Within the mouth of the Ogre, a myriad of lights appeared, instantly illuminating its mouth. Another pupil was out in a short time...


Thinking he could get away unnoticed, Zen took off heading away from the Ogre. Unexpectedly, the monster ceased chasing other initiates, thudding off after Zen. Behind him, Zen heard the heavy crashing of lumbering, heavy footfall, and thought, 'Oh my God! I wouldn't have run if I knew he'd follow me!' At that moment he figured he probably should find a spot to hide until the Ogre was gone. But, as he looked around, he saw there wasn't much cover to protect him and decided to keep running.

Despite how slowly the Ogre moved, each step of it was equal to eight steps Zen took. So, try as he might, the Ogre was much faster than him.


It didn't take Zen long to adjust his breathing so he could sprint faster and rid himself of this Ogre.


After all, he had had enough fragments, so if he were beat to death and knocked out of the game by the Ogre now, it would just be an embarrassing injustice!
However, even running as quickly as Zen was, the gap between the Ogre and him was getting smaller. The two were as mismatched in speed as strength!


When the Ogre was a mere six feet away, it lunged toward Zen while swatting its thick palm to smack Zen.