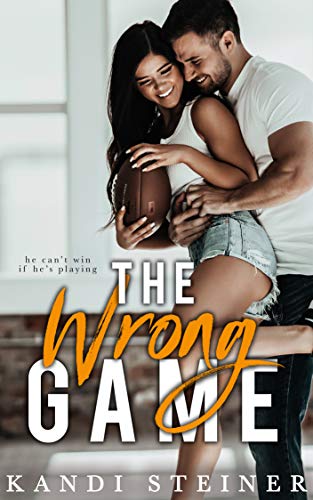 EPISODE 16
“Sorry, I’m terrible about charging my phone.” It’s not a total lie. I’m the worst with that thing.


“Croy!” Chris snaps again, making both of us jump. Even Miss Heart backs off his desk.


Croy throws his hands up in an apologetic gesture, but he looks back at me, and then at Chris, before he shakes his head and leaves.


“All right. Why doesn't everyone head out.” I glance up at the clock on the wall and see school isn't out for another fifteen minutes, but everyone hops to, excited about the early dismissal. Miss Heart continues to stand there, so I grab my bag, hating that I’m going to have to leave them both in here alone.


“Megan, I need to speak with you. Your father asked me to give you a message.” I can tell from his tone that he’s pissed, and for some reason it makes my nipples hard. Hearing the authority in his voice does something to my body I didn’t expect. After the Croy incident yesterday, he fucked me until I could barely move. Everything between my legs has been so sore today, but just his tone makes me wet with need.


Miss Heart stands there like she’s waiting to hear the message herself. I bet she’s hoping he gives me the message and then I’ll leave, giving her the alone time I can see she’s chomping at the bit to get. But I have a feeling Chris is going to give me more than a message.


“We’re done here, Kim.” His words are final and dismissive, and I almost feel bad for her. Almost.


She lets out an irritated breath, and I can tell she wants to say something, but she won’t because I’m standing there. “Guess I’ll see you on the sidelines tonight.”


“Keep your cheerleaders away from my players, or they’ll be cheering from the stands.”


My eyes bulge at his words, and I wonder what she’ll say, but she just clenches her jaw and slams the door behind her. Chris follows after her, and I wonder what he’s going to do, but when he reaches the door he locks it. He pulls down the window shade, and then turns to look at me.


My whole body starts to buzz as I feel his eyes on me. If I didn't know him I’d probably be scared. Chris isn’t a small man by any means. He’s well over a foot taller than me, my head just coming up to his chest. It’s clear he still maintains the build he had when he played in the NFL, because there isn't a soft spot on him. He’s muscled everywhere, and sometimes when he takes me, I feel completely caged under him. Right now, his dark brown eyes seem black, and I see him take a slow deep breath, release it, and squeeze his fists at his side.


“Bend over the desk.” His words come out as a growl, and I hardly recognize it. Nodding, I head towards the desk he was just sitting at, and do what he says.


Dropping my bag back on the floor, I get to his desk and bend over. Once I’m in position I wait. I stay there for a few minutes and nothing happens, but I know not to move.


“Chris?” I ask, the silence killing me.


I don’t understand what he means, but now I can feel him behind me. I can feel the soft touch of his pants against my legs.


As soon as his name passes my lips, he flips up my skirt. He told me to wear one this morning after he fucked me against my bathroom door. He had to rip my pants down my legs, and afterwards he told me, “Enough with the pants shit.” He said he needed easy access to me, so I dug through my drawers to find this skirt.


In a flash, my panties are down my thighs, but he doesn't pull them off. He uses his feet to kick mine further apart, stretching the white material of my panties. It makes the cotton bite into my thighs, and the feeling puts me on edge. I hear the sounds of his belt buckle coming undone, and then his zipper going down. My pussy knows what’s coming, and my clit starts to pulse.


“This is going to be quick. I need this to calm me down before I can let you leave this room. I know I won’t get to see you until tonight.” I can hear the pleading tone in his voice, so I push my ass back further, letting him know I want this.


“Fuck!” He thrusts all the way in, and his long thick cock fills me so I’m just at the threshold of pain. I’m so much smaller than him, and his cock is so big, but I’m starting to stretch for him. I want to take everything he gives me, and feeling him inside me is beyond heaven. My pussy clenches all around him, loving the feel of him inside me. I wish we could stay joined like this all the time.


Gripping the desk on either side of me, he starts to pump in and out. His hands land next to mine, gripping the desk with me, his knuckles turning white. We both hold on as he fucks me hard, filling every inch of me with his enormous dick. There’s not a centimeter left inside of me that he hasn’t filled, and being stretched and pounded like this turns me on even more.


“I can’t stand it when any of them talk to you. It’s fucking ridiculous, but I don’t care.” He starts pumping fast, his words pushing me to my own orgasm. I have no idea why his jealousy turns me on, but it does. To think this man is so crazy for me, that I drive him to the brink and make him lose control, gives me so much power. I love that he’s so far gone with me that he’s beyond reason.


“Beg me.” He’s grunting against me as he starts to fuck me faster. I can tell by the grit of his teeth he’s doing everything he can to be quiet.