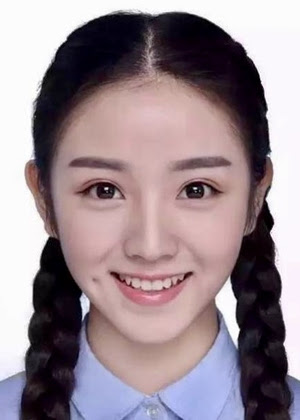 (Having His Wife Manage His Finances)
Old Mrs Han then gave a call to Han Dongping. “Where are you now?”


“I’m discussing business with someone at the golf course.” Han Dongping explained. “Mom, what’s the matter?”


“Oh you’re discussing work.” Old Mrs Han contemplated for a moment. Since he was busy, it would be good to not have him over and cause trouble. “Then just go ahead, I won’t disturb you from your work. I’ll call your wife instead.”


After hanging up the phone, Old Mrs Han called Han Dongping’s wife, Lin Liye, asking her to come back for a meal.


Lin Liye didn’t ask why and simply agreed, thus Old Mrs Han was rather happy. If Lin Liye found out about it in advance and informed Han Dongping, she couldn’t guarantee that Han Dongping wouldn’t come over and create a scene.


“Why are you looking at the men rings?” Han Zhuoli pulled her over.


“I want to buy one for you too.” Lu Man took his hand in hers, and admired his well-defined and beautiful fingers. “If your fingers are empty, I will be worried too.”


Not only Han Zhuoli, even the staff laughed.


“Sure.” Han Zhuoli poked her lightly on the nose. “I only know about women wearing engagement rings. This is my first time hearing that a man has to wear it too.”


“Not only am I going to make you wear it but I am also going to buy it for you.” Lu Man held onto his hand, said earnestly, “You are buying a ring for me, so I’ll buy one for you too.”


In this shop, even if it was a couple ring, it could also be sold individually.


Apart from the gifts he had gotten from elders when he was a child, since he grew up, this was the first time somebody wanted to buy him a gift, moreover, it was his girlfriend, his soon-to-be fiancée.


An indescribable warmth filled Han Zhuoli’s heart and his heart brimmed with happiness.


“Sure.” The corner of Han Zhuoli’s lips curved into a warm smile.


Right now, he wasn’t worried that Lu Man would be spending too much money since with Red Tiger , Lu Man was about to become pretty rich.


Moreover, although the two of them decided to pick a couple ring, Lu Man didn’t want the ring to be too high profile, it was alright if it didn’t have any diamonds, it would be fine as long as it looked good on him.


However, for this jewelry brand, even if it was a tiny little diamond, it was still pretty expensive. Be it the diamonds or colored jewels, all of them were selected carefully and made using the highest quality of materials.


Choosing around, Lu Man decided on one ring where the diamond was small and delicate with a thin ring band. It looked delicate yet exquisite. It wouldn’t be too glaring or shiny at first glance, but would give off an exquisite feel.

Moreover, one couldn’t tell that it belonged to this luxury jewellery brand, and they might even think that it was a normal engagement ring which wasn’t that expensive.


The male version was even more simple. It was just a ring band. On the ring, a simple yet very iconic design was engraved.


Lu Man used her credit card to buy the ring for Han Zhuoli and when Han Zhuoli took out his wallet and was about to take out his credit card, Lu Man said, “Pass me your wallet for a moment.”


And Han Zhuoli readily passed it to her without another word.


This feeling of having his wife manage his finances was really satisfying.


Yet who knew that after using his card, Lu Man would take out his identity card instead.


“I’m remembering your birthday.” Lu Man placed his identity card back in. “Turns out that your birthday is next month. If I hadn’t seen it, I wouldn’t even know. Did you plan not to tell me at all?”


Seeing her all worked up, Han Zhuoli took the packaged rings over from the staff and kissed Lu Man on the lips.


It was just a quick and short kiss, yet this made Lu Man’s heart skip a beat and she quickly covered her mouth.


Displaying his affection in front of so many staff members, wouldn’t that be a little bad.