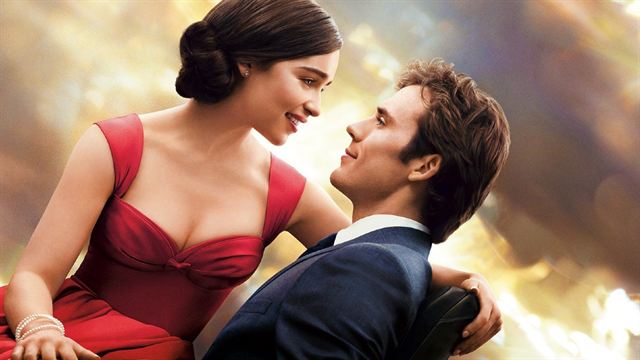 Episode 4
I fell asleep with that thought securely etched in my heart.


ASPEN WAS DRESSED IN WHITE. He looked angelic. We were in Carolina still, but there was no one else around. We were alone, but we didn’t miss anyone. Aspen wove twigs to make me a crown, and we were together.


“America,” Mom crowed, jarring me from my dreams.


She flicked on the lights, burning my eyes, and I rubbed my hands into them, trying to adjust.


“Wake up, America, I have a proposal for you.” I looked over at the alarm clock. Just past seven in the morning. So that was … five hours in bed.


“No, honey, sit up. I have something serious to discuss.”


I worked myself into a sitting position, clothes rumpled and hair sticking out in strange directions. Mom clapped her hands over and over, as if it would speed up the process.


“For you to submit your name for the Selection. I think you’d make an excellent princess.”


It was way too early for this.


“Mom, really, I just…” I sighed as I remembered what I’d promised Aspen last night: that I would at least try. But now, in the light of day, I wasn’t sure if I could make myself do it.


“I know you’re opposed, but I figured I’d make a deal with you to see if you would change your mind.”

My ears perked up. What could she possibly offer me?

“Your father and I spoke last night, and we decided that you’re old enough to go on your jobs alone. You play the piano as well as I do, and if you’d try a little more, you’d be nearly flawless on the violin. And your voice, well, there’s no one better in the province, if you ask me.”


I smiled groggily. “Thanks, Mom. Really.” I didn’t particularly care to work alone, though. I didn’t see how that was supposed to entice me.


“Well, that’s not all. You can accept your own work now and go alone and … and you can keep half of whatever you make.” She sort of grimaced as she said it.


“But only if you sign up for the Selection.” She was starting to smile now. She knew this would win me over, though I think she was expecting more of a fight. But how could I fight? I was already going to sign up, and now I could earn some money of my own!


“You know I can only agree to sign up, right? I can’t make them pick me.”


“Wow, Mom.” I shook my head, still in shock. “Okay, I’ll fill out the form today. Are you serious about the money?”


“Of course. Sooner or later you’d go out on your own anyway. And being responsible for your own money will be good for you. Only, don’t forget your family, please. We still need you.”

“I won’t forget you, Mom. How could I, with all the nagging?” I winked, she laughed, and with that, the deal was done.

I took a shower as I processed everything that had happened in less than twenty-four hours. By simply filling out a form, I was winning the approval of my family, making Aspen happy, and earning the money that would help Aspen and me get married!


I wasn’t so concerned about the money, but Aspen insisted we needed to have some savings of our own first. It cost a bit to do the legal stuff, and we wanted to have a very small party with our family after our wedding. I figured it wouldn’t take very long for us to save for that once we decided we were ready, but Aspen wanted more. Maybe, finally, he’d trust that we wouldn’t always be strapped if I did some serious work.


After my shower, I did my hair and put on the tiniest bit of makeup to celebrate, then went to my closet and got dressed. There weren’t a whole lot of options. Most everything was beige, brown, or green. I had a few nicer dresses for when we worked, but they were hopelessly behind in the fashion department. It was like that, though. Sixes and Sevens were almost always in denim or something sturdy. Fives mostly wore bland clothes, as the artists covered everything with smocks and the singers and dancers only really needed to look special for performances. The upper castes would wear khaki and denim from time to time to change up their looks, but it was always in a way that took the material to a whole new level. As if it wasn’t enough that they could have pretty much whatever they wanted, they turned our necessities into luxuries.


I put on my khaki shorts and the green tunic top—by far the most exciting day clothes I owned—and looked myself over before going into the living room. I felt kind of pretty today. Maybe it was just the excitement behind my eyes.


Mom was sitting at the kitchen table with Dad, humming. They both looked up at me a couple of times, but even their stares couldn’t bother me.


When I picked up the letter, I was a little surprised. Such high-quality paper. I’d never felt anything like it. Thick and slightly textured. For a moment the weight of the paper hit me, reminding me of the magnitude of what I was doing. Two words jumped into my head: What if?


But I shook the thought away and put pen to paper.


It was straightforward enough. I filled in my name, age, caste, and contact information. I had to put my height and weight, hair, eye, and skin color, too. I was pleased to write that I could speak three languages. Most could speak at least two, but my mother insisted we learn French and Spanish, since those languages were still used in parts of the country. It also helped with the singing. There were so many pretty songs in French. We had to list the highest grade level we’d completed, which could vary immensely, since only Sixes and Sevens went to the public schools and had actual grade levels. I was nearly done with my education. Under special skills, I listed singing and all my instruments.


“Do you think the ability to sleep in counts as a special skill?” I asked Dad, trying to sound torn over the decision.


“Yes, list that. And don’t forget to write that you can eat an entire meal in under five minutes,” he replied. I laughed. It was true; I did tend to inhale my food.


“Oh, the both of you! Why don’t you just write down that you’re an absolute heathen!” My mother went storming from the room. I couldn’t believe she was so frustrated—after all, she was getting exactly what she wanted.


I gave Dad a questioning look.


“She just wants the best for you, that’s all.” He leaned back in his chair, relaxing a bit before he started on the commissioned piece that was due by the end of the month.
_________