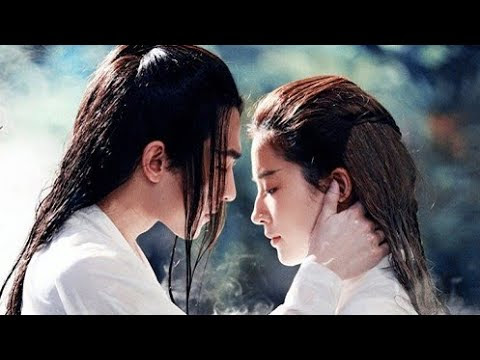 
Jackson asked, "Derek, why are you here?" He had no idea what was going on. And when he saw Derek, he was puzzled. He knew that he was in the military's residential compound, but why was Derek also here?


Derek angrily yelled, "Did you come here and drink so much to sleep with Sally? Have you considered Cherry? Have you thought about Joe? How will they feel?"


At this moment, Derek did not care about his friendship with Jackson, because he was more concerned about Cherry.


Hearing this, Jackson realized that something serious had happened, so he tried to regain consciousness and asked, "What's the matter?"


It was obvious that he still didn't know what had happened.


Jackson looked around and his eyes widened when he saw Sally. Seeing half-dressed Sally, Jackson suddenly sobered up. Then he lowered his head and found that only two buttons of his shirt were unfastened.

Jackson looked at Derek and asked, "What on earth happened here?"


Derek saw from Jackson's eyes that he had no idea of what was going on, so he believed that this had been orchestrated by Sally.


Derek glared at Sally and told Jackson, "I came here with Cherry and saw that you were lying on the bed with Sally."


Jackson was anxious and asked, "Where is Cherry now?" Cherry was the only one who he cared about.


Derek replied, "She has left. Even if you try to explain the situation, it might be useless."


Jackson ignored Derek's words, pushed him aside, got out of bed and walked out of the bedroom directly.

Cherry was crying while driving the car. She accelerated the car to the fastest speed and didn't notice that Mond had followed her since she left the compound.


Mond watched her car and was quite worried about her, because the speed of her car was very fast, which meant that she was in a bad mood. If he were in her place, he would have also been distraught. So how could she be okay? Cherry stopped the car until she reached the sea.


She went out of the car, walked to the barrier, faced the sea and cried, "Why? Why do you do this to me?"


Tears kept falling down her face. Her heart almost broke. Just now, she realized how much she cared about the relationship between Jackson and Sally.


She always felt bad about herself when she was in front of them. She thought that Jackson possibly still loved Sally.


After all, Sally was the woman he had been in love with. However, when Cherry and Jackson got married, there had been no love between them. So Cherry wondered how she could compete with Sally now.

Mond sat in the car and felt quite sad as he watched thin Cherry swaying in the strong sea breeze. He had decided to target Jackson and ignore Cherry's feelings. But when he saw that Cherry had left the military's residential compound, he couldn't help but follow her. Seeing that she stood there alone, he really wanted to go ahead, comfort her and even tell her that this had been the result of his plan.


Cherry stood beside the sea for three hours and her legs became completely numb.


A cool wind came along and Cherry couldn't help shivering.


Cherry told herself, 'No matter what has happened, I should be strong and face it. Now, I live not only for myself but also for my son. Even though Jackson doesn't love me and has betrayed me multiple times, what does it matter? I knew that they were together five years ago.'

Cherry intended to leave, but the moment she turned around, she felt pain in her lower abdomen and started to feel a little dizzy.


After two steps, Cherry felt weak and she fell to the ground the next second.


Mond was still in the car and when he noticed that Cherry had fallen down, he immediately got out of the car and ran to Cherry.


He crouched down, held Cherry and shouted, "Cherry! Cherry! Wake up! Wake up!"


But no matter how hard he called her, she didn't wake.


Mond then quickly picked her up and hastily said, "You'll be fine. You'll be okay. I'll take you to the hospital right now."

He put Cherry in his car and drove away quickly.


Jackson called Cherry while he drove the car and looked for her.


Jackson muttered to himself anxiously, "Babe, where are you? Answer the phone."


He returned home and saw that Lily was cleaning the living room, so he urgently asked, "Is Mrs. Cherry back home?"


"No." replied Lily. When she saw that Jackson was anxious, she asked, "What's wrong, sir? What's going on?"


Jackson had no time to answer her question. He walked to the second floor and checked every room on the second floor. When he was sure that Cherry was not home, he went downstairs and told Lily, "Call me if she comes back."


"Okay." Lily replied as she nodded her head.

Jackson went out of the house.


He then drove to the H King Group and looked for Wilson.


Wilson was in his office and when he saw Jackson entering in a hurry, he was astonished and asked, "Jackson, what's the matter?"


Wilson replied, "No. She came here in the morning and left. Now she isn't in her office." He looked at Jackson's expression and asked worriedly, "What happened?"


Jackson felt upset, but he thought that it wouldn't matter if he told his elder brother these things.


So he said, "She misunderstood me and I want to find her and explain myself to her. But now I can't find her anywhere. I don't know where she is."

Wilson watched nervous Jackson and knew that he was really worried.


So he moved close to Jackson and comforted him, "Don't worry. Keep looking for her. There aren't many places she can go. If you want, I can call my home and check whether she is there."


Jackson quickly denied, "No, no. Don't let Aunt and Uncle know about this. I'm don't want them to be worried as well."


Jackson didn't want more people to know that Cherry was gone. After all, this was his fault, so if Elsa and Jacob knew this, they would be worried. They were quite old now, so he didn't want them to be worried about Cherry.


Wilson understood why Jackson denied his help, so he nodded his head and said, "Well, I can go home and check whether she is there and I won't tell them. You shall also go to other places to look for her."


Jackson nodded his head in agreement and left the office with Wilson.


In the JS Group, Jackson sat in the office of Selina with Derek, while Selina stood in front of the French window. None of them said anything.


Derek looked at Jackson and said, "Cherry told me that it was Mond who told her you were in the military's residential compound."


Selina was surprised and echoed, "Mond?" She turned around and stared at Derek and Jackson, wondering what was going on. All these people had been living a quiet, peaceful and wonderful life, but now, this thing suddenly happened and destroyed their peace.


Jackson confirmed, "Mond must have also told Sally and now he has got what he wants."


Jackson knew what Mond wanted. All Mond wanted was to target him. But he didn't expect Mond to start his revenge by hurting his family, his beloved woman.


Derek guessed, "He just wanted to create disagreements between you and Cherry and make Cherry leave you." He thought that this best explained why Mond had told both Cherry and Sally.


Selina agreed, "Yes, it must be the reason. Sally is as silly as a goose. If I should see her next time, I'd certainly skin her. I'll tell her that she has nothing to rely on in the future." She was very angry and hated Sally very much.


Derek suggested, "Jackson, we can find Mond, talk to him and ask him what he wants. If possible, we can satisfy his needs."


Jackson directly asked, "What if he wants the token?" Mond probably knew that there was a powerful token.


Jackson wasn't totally certain that Mond would ask him for the token, but if he asked for it, Jackson had no token to give him. Then Mond would know that the token was gone and everything would be back to square one. And Jackson himself would face many unthinkable things.

Derek remained silent. He knew that it was possible. If Mond did ask for the token, then it would be too risky to meet with him.


Jackson suddenly said, "Derek, go and find out where Mond is. I need to meet him."


Derek was confused, looked at Jackson and asked, "Do you wish to talk with him?"


Jackson didn't answer his question directly; instead, he said, "I'm sure that Mond is with Cherry now. Even though they aren't together, he must know where Cherry is. I've checked all the places, but I can't find her. So I believe Mond must know where she is now."