"IN LOVE WITH MY STEPBROTHERS" EPISODE 2" 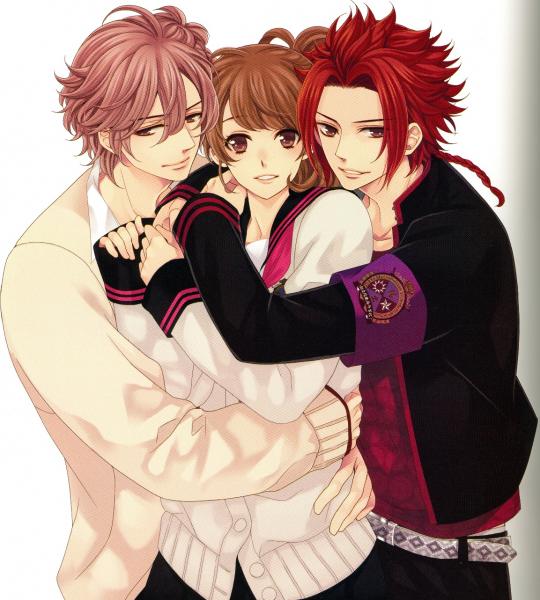 IN LOVE WITH MY STEP BROTHERS
EPISODE 2

“I wasn’t sure what to get you so I got you an apple martini. I hope that’s all right. I always see chicks drinking that shit,” Sam says, slipping into the seat next to mine. Still not taking my eyes off Luke, I can see his jaw tic from here as Sam slides his arm around the back of my chair.
“I’m sure it’s fine. Thank you.” I turn my attention back to Sam and try to push Luke out of my head. I’m praying to every god up there he won’t come over here.

“So how long have you worked for my brothers?”


“A couple of years. We were in the military together. I kind of feel like I know you already as they talked about you all the time. FYI, I saw them both at the bar. I’m sure they’ll be making their way over once they see I have you with me.”


Unable to control myself, I search out Luke again and see he’s still standing in the same spot. Only this time there’s a stunning brunette rubbing up against him. I’m not sure whether the hollowness I feel in my stomach is hatred or jealousy. She’s the kind of woman I always imagined one of my brothers with. Long, dark, silky hair, a waist I haven’t had since I was in the sixth grade, and legs that go on for days. Her legs look so long because her shorts are so short, I figure. Or that could possibly be underwear. Jesus, I could probably see her vagina if I looked hard enough.


She looks like she fits up against Luke perfectly. With those heels on she comes up a few inches shorter than Luke, which is saying a lot because my stepbrother has to be pushing six-foot four. She’s probably a model.


“Fucking Christ,” I mumble to myself.


How did I ever think I had a chance? I’m five-foot three, curvy everywhere, and my hair is so blonde I swear it’s almost white. If I tried to wear heels like that, I would kill myself and drag anyone within reaching distance down with me.


“Don’t give her a second thought, Sarah, I’ve got you.” Sam’s words remind me that I’m blatantly staring at my stepbrother and not paying attention to my date. My date, I’ve decided, is going to be the man to take my cherry. Yes, it’s happening. I have to move on from lusting after my stepbrothers, and the first step is throwing the V-card out the window, like, yesterday.


I turn and lean into Sam and question what he means. “You’ve got me?”


“I’ve known your brothers a long time,” he whispers in my ear. “They mean the world to me, almost like my own brothers. I want to see them happy and I’m starting to think if I don’t give a little shove then it will never happen. You know your brothers barely talk to each other anymore without snapping?”


I had been noticing that lately. They had always done everything together when they were younger. They were inseparable. Being away at college, and only seeing them for a few days at a time, I wasn’t sure what was normal for them anymore. I did notice they stopped dropping by my dorm together towards the end of college. Only one of them would come by, when it always used to be both.


“I’ve noticed a few things but I’ve only been back a couple of weeks. I thought we were all just adjusting to living together. Is something wrong?”


I wonder what Sam knows that I don’t. Did something happen that I don’t know about? God, I hope not. What would I do without them? It would be horrible if the only two people I have left in my life hated each other.


Looking back at Luke, I can see the leggy brunette has now wrapped her arms around his neck. It looks like she’s whispering something in his ear, but Luke’s eyes are on me. He looks as if he doesn’t even know there is a woman practically crawling up him. The sight of her wrapped around him like that makes a lump grow in my throat.


Sam brushes his hand against my chin, making me look back at him.


“I’m going to fix it. I just hope I don’t end up in the hospital in the process,” Sam says in a whisper against my lips. Before I can process his words, his mouth is on mine. He wraps an arm around my waist and pulls me closer to him, pushing his tongue against my lips, demanding I open them. I acquiesce, but before I can kiss him back he’s ripped away from me and I see Luke bearing down on him.. He swings at Sam, connecting with his jaw, and then grabs him by the collar


“My fucking little sister, Sam? I’ve been telling you since she started to keep your hands off her!” Luke yells.


“Stepsister,” Sam replies nonchalantly, as if Luke doesn’t look like he’s about to kill him.


I remember Sam saying that both of my stepbrothers are in the bar tonight. I look around trying to see if I can spot Logan anywhere. I’m not sure if his playful demeanor will help calm Luke down or if he’ll only come over and offer to help him beat the crap out of Sam. Not spotting him anywhere, I figure it’s best if I try to defuse the situation.


I grab my stepbrother by the arm and pull as hard as I can. Of course, he barely moves.


“Luke, damn it! Let. Him. Go,” I demand. “Please,” I finally whisper which seems to soften his resolve and he lets go of Sam.


Sam drops himself back in his chair and sips his beer, acting like nothing just happened.


“I can’t believe you. What’s wrong with you? I’m twenty-four years old, for Christ’s sake. You can’t jump at every guy that touches me,” I say, poking my finger in Luke’s chest.


Suddenly some of the tension in his face drops away, and a smirk pulls at his lips showing off one of his dimples. God, would I love to lick that dimple. I’m not even sure if I could reach it, even if I stood up on my tiptoes.
__________
CLICK ON THIS LINK TO READ EPISODE 3
at February 02, 2021