"CRAVING FOR YOU" EPISODE 9" 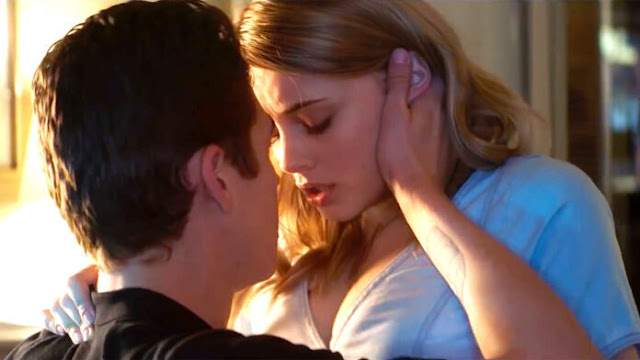 Episode 9
“We’ve got them,” Macy says, but he ignores her, bounding up the stairs three at a time.


He stops next to me first, gently eases the handle of my suitcase from the near death grip I’ve got on it. “Hey there, New Girl. How are you?”


“She’s sick, Flint,” my uncle calls from below. “The altitude is getting to her.”


“Oh, right.” His eyes blaze with sympathy. “That sucks.”


Just the idea has my stomach revolting even more. “Uh, what? N-No, that’s okay.” I back away from him a little. “I can walk—”


“Come on.” He bends his knees to make it easier for me to grab on to his super-broad shoulders. “You’ve got a long three flights ahead of you.”


They are a long three flights, and still I would seriously rather die than climb on a random stranger’s back. “Pretty sure they’ll be longer for you if you’re carrying me.”


“Nah. You’re so little, I won’t even notice. Now, are you going to get on or am I going to pick you up and toss you over my shoulder?”


“Try me,” he says with an endearing grin that makes me laugh.


But I’m still not getting on his back. No way is one of the hottest guys at the school going to carry me up these stairs—on his back or over his shoulder. No. Freaking. Way. I don’t care how much the altitude is bothering me.


“Thanks for the offer. Really.” I give him the best smile I can manage right now. “But I think I’m just going to walk slowly. I’ll be fine.”


Flint shakes his head. “Stubborn much?” But he doesn’t push the issue the way I’m afraid he will. Instead, he asks, “Can I at least help you up the stairs? I’d hate to see you fall down a flight or two on your very first day.”


“Help how?” Suspicion has me narrowing my eyes at him.


“Like this.” He slides his arm around my waist.


I stiffen at the unexpected contact. “What are you—?”


“This way you can at least lean on me if the steps get to be too much. Deal?”


I start to say absolutely no deal, but the laughter in his bright-amber eyes as he looks down at me—expecting me to do just that—has me changing my mind. Well, that and the fact that Uncle Finn and Macy both seem totally fine with the whole thing.


“Yeah, I know. Foster told us you were coming.” He heads toward the stairs, propelling me along with his right arm across my back. “And I’m Flint.”


He pauses at the foot of the stairs for a moment, reaching for my bags.


“Oh, don’t worry about the suitcases,” Macy says, her voice about three octaves higher than it normally is. “I can get them.”


“No doubt, Mace.” He winks at her. “But you might as well use me if I’m volunteering.” Then he grabs two of the bags in his left hand and heads up the stairs.


We start out going slowly, thankfully, as I’m struggling to breathe after only a few steps. But before long, we’re moving fast—not because I’ve gotten used to the altitude but because Flint has taken on most of my weight and is basically carrying me up the stairs with an arm around my waist.


I know he’s strong—all those muscles under his shirt definitely aren’t for show—but I can’t believe he’s this strong. I mean, he’s carrying two heavy bags and me up the stairs, and he isn’t even breathing hard.


We end up beating Macy, who is huffing and puffing her way up the final few steps with my last bag, to the top.


“You can let me down now,” I tell him as I start to squirm away. “Since you pretty much carried me anyway.”


“Just trying to help,” he says with a wiggle of his eyebrows that has me laughing despite my embarrassment.


He lets me down, and I expect him to pull away when my feet are finally back on the ground. Instead, he keeps his arm around my waist and moves me across the landing.


“You can let go,” I say again. “I’m fine now.” But my knees wobble as I say it, another wave of dizziness moving through me.


I try to hide it, but I must do a bad job because the look Flint is giving me goes from amused to concerned in the space of two seconds flat. Then he shakes his head. “Yeah, until you pass out and pitch over the railing. Nope, Headmaster Foster put me in charge of getting you to your room safely and that is what I’m going to do.”


I start to argue, but I’m feeling just unsteady enough that I decide accepting his help might actually be the better part of valor. So I just nod as he turns around and calls to my cousin, “You okay there, Mace?”


“Just great,” she gasps, all but dragging my suitcase across the landing.


“Told you I could have taken it,” Flint says to her.


“It’s not the weight of the suitcase,” she snipes back. “It’s how fast I had to carry it.”


“I’ve got longer legs.” He glances around. “So, which hallway am I taking her to?”


“We’re in the North wing,” Macy says, pointing to the hallway directly to our left. “Follow me.”


Despite all her huffing and puffing, she takes off at a near run, with Flint and me hot on her heels. As we race across the landing, I can’t help but be grateful for the supporting arm he’s still lending me. I’ve always thought I was in pretty good shape, but life in Alaska obviously takes fit to a whole new level.


There are four sets of double doors surrounding the landing—all heavy, carved wood—and Macy stops at the set marked North. But before she can reach for the handle, the door flies open so fast that she barely manages to jump back before it hits her.


“Hey, what was that ab—” She breaks off when four guys walk through the door like she’s not even there. All four are dark and brooding and sexy af, but I’ve only got eyes for one of them.


The one from downstairs.


He doesn’t have eyes for me, though. Instead, he walks right by—face blank and gaze glacier cold—like I’m not even here.


Like he doesn’t even see me, even though he has to skirt me to get by.


Like he didn’t just spend fifteen minutes talking to me earlier.


Except…except, as he passes, his shoulder brushes against the side of my arm. Even after everything we said to each other, heat sizzles through me at the contact. And though logic tells me the touch was accidental, I can’t shake the idea that he did it on purpose. Any more than I can stop myself from turning to watch him walk away.


Just because I’m angry, I assure myself. Just because I want the chance to tell him off for having disappeared like that.


Macy doesn’t say anything to him, or the other guys, and neither does Flint. Instead, they wait for them to be out of the way and then head down the hallway like nothing happened. Like we didn’t just get blatantly snubbed.


Flint tightens his warm arm around my waist, and I can’t help but wonder why the guy with ice in his veins makes my skin tingle and the one literally lending me his warmth leaves me cold. Looks like my messed-up life is totally messing with my brain as well…


I want to ask who they are—want to ask who he is so I finally have a name to go with his insane body and even more insane face—but now doesn’t feel like the time. So I keep my mouth shut and concentrate on looking around instead of obsessing over some guy I don’t even like.


The North hallway is lined with heavy wooden doors on both sides, most with some kind of decoration hanging on them. Dried roses in the shape of an X on one, what looks to be an elaborate set of wind chimes on another, and a ton of bat stickers all over a third. I can’t decide if the person living there has dreams of being a chiropterologist or if they are simply a fan of Batman.


Either way, I’m absurdly fascinated by all the decorations—especially the wind chimes, as I can’t imagine there’s much wind in an indoor hallway—and not at all surprised when Macy stops at the most elaborately adorned door of them all. A garland of fresh flowers winds its way around the doorframe, and lines of threaded, multicolored crystals fall from the top of the door to the bottom in a fancy kind of beaded curtain.


“Here we are,” Macy says as she throws the door open with a flourish. “Home sweet home.”


Before I can take a step over the threshold, another hot guy dressed entirely in black passes by. And though he pays us no more attention than any of the others did at the North hallway door, the hair on the back of my neck stands up. Because even though I’m sure I’m imagining things, it suddenly feels an awful lot like I’m being watched.
_________