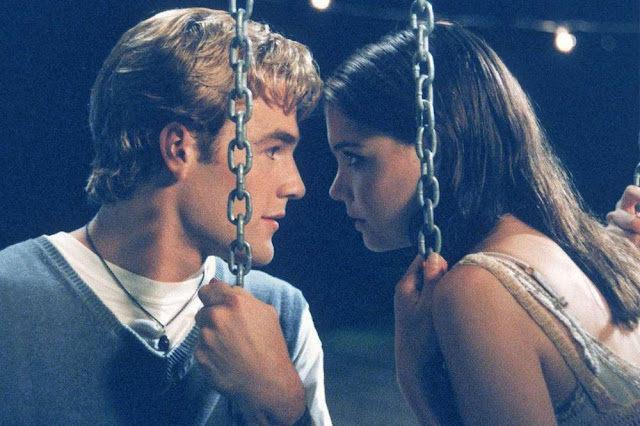 Episode 9
RJ rubs the back of his neck. “Pretty obvious, huh?”


“It sort of looks like my dad’s room in the basement, except it was all baseball instead of hockey.”


“Were you ever into sports?”


I shake my head. “Oh, no. I’m not sporty at all. My dad and my brothers always watched baseball, though. They tried to teach me how to play a couple of times, but I don’t understand the rules in sports. I always had my nose in a book.”


I hold on to my glass with both hands so I’m not tempted to wring them or bite my nails or any of the other fidgety things I tend to do when I’m nervous. “This is a really nice cabin.”


“My dad found it a number of years back and thought it would make a nice place to vacation. I’ve always been really close with my younger sister, Stevie, but she and my mom aren’t big on fishing, so they would stay in New York and we’d go on a boys’ trip, which was good bonding for me and my brother and my dad. We’ve been coming here every summer since I was a teenager.”


“But your brother couldn’t make it this year?” I ask.


“His wife, Joy, is pregnant, and there are some complications, so he has to stay put.” His smile is a little tense, as if there’s more to that.


“Joy has gestational diabetes, which I guess isn’t all that uncommon, but they’re keeping a close eye on her. He says everything is okay, and I tend to take him at his word.”


“What about your dad—is he still coming?” My family has never really been one for traveling. My mom is scared of airplanes and doesn’t like the danger of long drives, or cars in general, so we didn’t go too far from the town I was raised in.


RJ looks into his glass. “My dad passed a couple years ago.”


I set my drink on the coffee table and put a hand on his knee. “I’m so sorry. That must’ve been hard.” I’ve never lost anyone close to me, not even a grandparent, so I can only imagine how painful that would be.


“Thanks—and yeah, it wasn’t easy. Holidays and birthdays can be tough. I’ve always been pretty close with my family, so we still feel the loss.”


“He must’ve been so young.” I start to shift away, worried I’m making things awkward with the prolonged physical contact, but RJ puts his hand over mine.


“He was only in his mid-fifties. He was type 1 diabetic—took really good care of himself—but some bodies are just defective, you know? Anyway, there were a lot of complications. He lost his vision, and then his body just stopped working properly. It was hardest on my mom, watching him deteriorate like that. The last summer he was around we had to cancel the trip because he just couldn’t do it, but the next year Kyle and I came back here. Unfortunately, this year I’m on my own.” His smile is sad. He moves his hand from mine and tips his glass back, taking a healthy swig. “What about you—are you close to your family?”


I pick my drink up to keep my hands occupied. “Oh yes, we’re all very close.”


“Do you have any brothers or sisters?” He seems happy to change the subject, which is understandable, all things considered.


“I have seven siblings.”


He nearly chokes on his beer. “Seven?”


I nod. “Yup. I’m the youngest, and I have four older brothers. Dinner was pretty much a full-contact sport at my house.”


RJ laughs. “I can imagine. What’s the age span between you and the oldest?”


“Thirteen years. There are two sets of twins in there too.”


“Wow, how was that, growing up?” He rests his cheek on his fist as if he finds me riveting.


It’s almost unnerving to have someone as attractive as he is with his attention fully fixed on me. Also, the shirtlessness, while appreciated, makes it kind of hard to think. Not that I’ll complain—I like a good challenge. “It was like having a lot of extra parents who played pranks on each other. Mostly it was nice to always have people around, but sometimes I just wanted some space, you know? They all were always in my business.”


He arches a brow. “Dating must’ve been fun.”


He laughs again, rich and throaty. “Did they make it impossible for you in high school?”


“Sort of. We were all homeschooled, so it was a little different for me.”


RJ’s eyebrows shoot up. “Homeschooled? What was that like?”


“It’s probably less isolating than it sounds. There are whole communities built around homeschooling. Like, we even had dances and events and stuff.” Not that I did much dancing. I was more the wallflower, standing off to the side, watching everyone else while I tried not to have a panic attack with all those people in one place at the same time.


“With your brothers and sisters?”


It’s my turn to laugh at his slightly disturbed expression. “Not just my brothers and sisters, silly. Plus, most of them were a lot older, already done with college by the time I was high school age. We’d get together with all the homeschooled families in the area. They had sports teams and everything. I usually only had about three hours of instruction a day, and I learn fast. Anyway, by the time I was fifteen I’d finished all of the curriculum for my senior year of high school, so I took the college admission tests. I did well, but my parents thought I was too young to go to college, so I took courses online for a couple of years.”


I shrug, embarrassed, and focus on my drink. “I’m just a fast learner. I pick things up quickly, and I have a good memory.”


I glance up to find RJ smiling warmly, but it’s the way he’s looking at me that makes my palms damp and my stomach flutter. Like I’m a fascination.


“What about you? You must have a pretty active job to look like this.” I motion to all the cut lines of his torso.


Two dimples pop in his cheeks. “Is that a compliment?”


“It could be, if it doesn’t offend you.” I hope he doesn’t think I’m objectifying him.


“It definitely doesn’t offend me, so thanks.”


“You’re welcome.” I take another sip of my drink and realize I’ve reached the bottom of my glass.


RJ plucks it from my hand and stands. “Here, let me get you another one. Unless you want something else? I have a few bottles of wine kicking around—and whiskey.”


“Are you sure? I don’t want to monopolize your afternoon.”


“Are you kidding? You’re the first person I’ve spoken to in the past two days. I gotta be honest, fishing alone isn’t nearly as fun as it is when my brother is here. Why don’t you stay for dinner? I was going to make steak and baked potatoes, and it’s way easier to cook for two than it is for one.”


Anything that isn’t noodles or toast sounds amazing. And I don’t really want to go back to my cold, lonely cabin any sooner than I have to. “As long as I can help cook.”


“That would be great, because I can barbecue a mean steak, and I can bake a potato, but my cooking skill set is pretty limited otherwise. I’m excellent at ordering pizza, though.”


“I ruin steak every time I try to cook it, but I can manage pretty much anything else, so we’ll make a great team.”


I can’t believe I’m having dinner with an insanely attractive man. Sure, I dropped in on him unannounced, and we’re both likely starving for conversation, but I can still be excited. And nervous, definitely very nervous.


I have a new friend, and he looks great without a shirt on, and that makes my damp palms and my speedy heart rate totally worth it.
__________