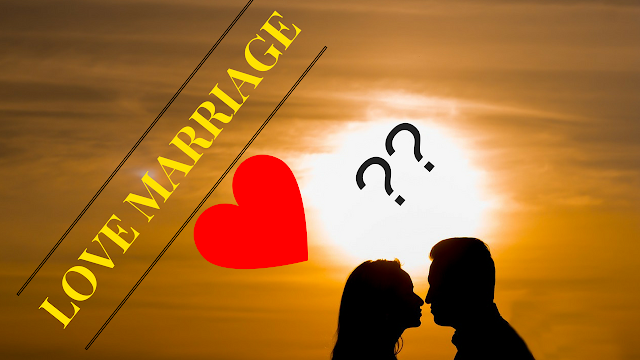 
She leaned on his slightly warm chest closely. Her cold fingers that were behind his back suddenly felt a little warmer. It was not sure how long had passed before he finally pulled away from herslowly and lowered his head to watch her. He saw that her eyes had reddened, so he teased a little helplessly, “I only gave you a little gift, but you’re already so touched? Is your heart made from water?”


Xi Xiaye blinked as she gripped the document in her hand tightly. Her starry eyes appeared like crystal light as she looked up quietly at him and said in a hoarse voice, “I’m touched because of you. Aren’t you happy?”


He smiled gladly and objected, “So, you always get hurt easily. Sensitive people are like this. When someone does something nice for you, you think they’re a good person. It’s not really a good thing to be so easily moved, Missus…”


“Are you a good person then?” She blinkedand asked.


“Only I am the exception. You just have to remember this.” His tone was unquestionable while his noble and handsome face instantly turned serious, yet she could not help but giggle out loud seeing him. She then responded in her raspy voice, “Okay then, the entire world’s only left with one good person and that’s you. Everyone else is bad…”


He happily raised his brows, seemingly quite satisfied with her awareness. “Missus, I realize that you’re really getting better and better at judgment! Okay, keep the document properly, then go back to the room and rest well. I’ll go and take a bath.”


He patted her head again, and then let go of her before walking out of the door.


Xi Xiaye watched his tall figure disappear in the doorway, yet she felt a little distracted. She looked down at the document in hand for a long time before looking up in the direction that he had just vanished…


She had to admit that when he smiled calmly and handed it to her, something indescribable in her heart was moved and softened. Her neglected heart that was riddled with scars had been swayed too.


She did not know how to tell him that apart from feeling moved, she actually felt a faint joy and maybe a little bit of something else too, something she had not had the time to look into.


Sometimes, it was just as he said she was easily moved.


A very, very long time ago, she seemed to have encountered such soft and fragile feelings before. However, the roles had been reversed. The one giving out love had been her, while the one being loved then had been Han Yifeng…


She already stopped probing all the past that she could not bear. Now, she did not know whether she really loved Han Yifeng and how deeply she had loved him. Ever since she could understand and feel so deeply, she was used to it.


She was used to being good to Han Yifeng, used to loving him…


Later on, she realized that because she was used to loving, once someone else was kind to her, she would not be able to handle it and was easily satisfied, easily moved…


So, if he continued to be this good to her, then should she not also be kind to him with all she had?


She took a deep breath, looked down at the document for a long time, and then quietly put it away.


When she returned to the bedroom, the main light in the bedroom was not switched on. The dim, warm light came from the wall lamp beside the French windows and the faint light from the bathroom.


She walked towards the bedside and switched on the light. When she saw the clock on the nightstand, she noticed that it was only slightly past 8 p.m. She did not have the habit of sleeping so early. After some thought, she then took out a tablet from the drawer and was planning to watch a movie.


However, she found all the movies not very interesting. It was a long search before she found an inspiring movie that had pretty commendable reviews. It was a very, very old movie that she remembered watching when she was in university, “Forrest Gump”.


Only a few minutes into the movie, the blanket beside was lifted and a certain person’s familiar fragrance entered her nostrils. Before she could react, he had already pulled her into his embrace. His calm and raspy voice asked, “What are you watching?”


Then, he looked at the tablet in her hand, “This movie? Shouldn’t you women be watching ‘Titanic’ or something new and romantic?”


“Who said so? I like this… Hmm, right, I heard that quite a few latest movies are pretty good. When you’re free, let’s go watch some of them.”


She suddenly remembered that previously when she drove past a cinema on the way back, she had seen the promotional signs in front of the cinema, and the crowd of young lovers lingering around the entrance.


They all looked very young, pure and simple, yet him and her…


“We’ll go when we’re free next weekend,” he answered pretty quickly with a hug. He leaned against the bedhead. “This movie is pretty good. Watch a few more times and you’ll feel quite deeply moved.”


“Do you think we’re old? Would it be a little weird for people like us to go and watch movies in the cinema? That place seems to be filled with young couples who are passionately in love…”


After resting well for two days, Xi Xiaye felt recovered. On Monday, she was in much higher spirits at work.


Yet, right after she walked into the company, she found out that the matter with the orphanage had caused quite a huge crisis. Xiao Mei and the rest told her that it seemed as if the reporters had been crowding outside Yueying and the Han Corporation building for the past two days.


The results of the matter she asked Chu Qi to investigate had already been returned yesterday morning. He said that the government’s signed documents had gone through. At this moment, the orphanage land was indeed bought by Han Yifeng and then passed on to Xi Xinyi. It seemed to be some kind of engagement gift.


Xi Xiaye was thinking of a better plan, yet before she could do anything, the media reporters had already found out about this. They had swarmed Yueying and the Han Corporation with the intention of asking them to issue a statement to the orphanage.


Initially, Xi Xiaye was prepared to expose herself, but her issues seemed to have been suppressed. The media still did not seem to know about the conflict between her and Deng Wenwen.


“Director Xi, it’s really unexpected that this Xi Xinyi is so… The orphanage has so many poor children who are homeless. How could she bear to let the kids…? Sigh, and yet she’s some charity and public welfare ambassador. I’m speechless!”


Bringing in some documents, when Xiao Mei saw that Xi Xiaye was checking on that piece of news too, she could not help but lament, “Previously, so many of the company’s colleagues liked her. Unexpectedly, she’s this kind of person. She’s even hired a lot of trolls to curse and make a scene on our company’s Weibo, attacking us! Thankfully our Chairman Mu is calm. He told us to ignore them and not respond at all. Now, they look like they’re doing a one-man show, slapping themselves on the face! It looks extremely ironic!”


After this incident, Glory World employees had a poor impression of Xi Xinyi. Since she had signed a contract with Glory World, she was considered a partner or employee of Glory World, yet she had hired trolls to smear the company’s reputation. Such action made everyone incredibly angry!
_________