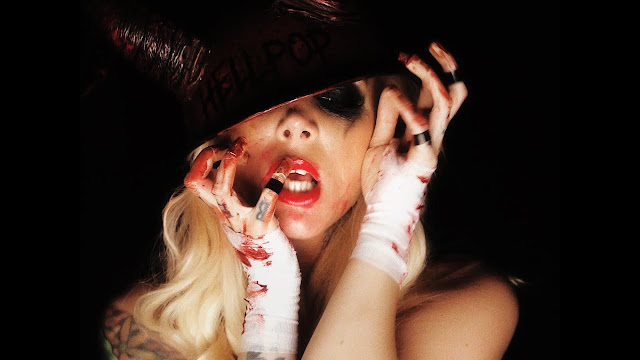 (Give me a hug)
The aphrodisiacs surged through those men's veins, pushing their libidos into overdrive. All logic left them as they were now slaves to their based desires. They all held the struggling Emily and pinned her to the cold ground. They rubbed their sweaty bodies on Emily's pristine white skin, to satisfy their cravings, like hungry wolves, whose only desire was to enter her sacred grove.


Taking the time to properly tie up Emily's hands and feet, those men were in pain from their extreme ecstasy. Emily couldn't move at all, she was securely bound. She felt powerless and weak.


All she could do was witness the dark hands touch her body disgustingly. Their dark color was a stark contrast against her skin. All she felt was pure hatred. 'Am I really going to be violated by these bastards today?'

When she was about to give up all hope and resign herself to her fate, the door of the abandoned warehouse flung open, apparently kicked down. A stream of light poured in and a man's silhouette was outlined on the pavement.


'Someone's coming. Am I hearing things? Please be someone. Please. Maybe then I can actually be saved, ' Emily pleaded in the safe haven of her inner thoughts.


Emily squinted and tried to get a better view of the door. She tried to figure out who brought down the door, but the mass of bodies around her blocked her view.


At this point, the dark ones had already abandoned all sense of reason and have been completely consumed by the aphrodisiacs. They were now acting on their most primal instinct - to breed. Even when an unexpected intruder broke into the place, they did not notice, and continued to tear into Emily's clothes.


"Get your filthy hands off her!" A roar of rage reverberated through the abandoned warehouse. It came from behind them and if they hadn't noticed the audible bang of the door being kicked down, they definitely heard the murderous howl of the madman they just met eyes with when they turned around to check.

Before they could even react, the figure rushed at them expertly, like a cheetah hounding its prey. He clenched his fists and delivered a flurry of blows at each of the men surrounding Emily. He took them down with the most minimal effort.


"Ja..Jacob?" Leona turned pale as a ghost as all color drained from her face. Her voice broke and she began to stammer. She immediately tossed the camera aside and turned to run out of the warehouse. But her futile attempt to escape was foiled by Jacob's men.


Emily lay on the ground, now in a fetal position. Her clothes were in tatters from the way the men savagely tore at them, revealing her milky white skin. There were visible scratches and abrasions on her body, the sight of which Jacob winced. His heart ached from seeing Emily being treated like an animal.


After making sure the dark men were all subdued, Jacob swiftly took of his coat and spread it to cover Emily's vulnerable body. Then he quickly cut the rope that was cutting into Emily's hands and feet, and held her tightly in his arms. "It's alright, everything's okay. I'm here now," he chanted over and over, whispering softly.


Emily quivered in his arms, and all her suppressed fears and emotion surged forth from the well deep within her heart. She was wracked with sobs and tears were streaming from her eyes. "Jacob.." she blurted out in a choked voice.


'When those men were about to violate me, I was so scared. I realized I wasn't strong. I was weak, a fragile woman...' Emily thought sorrowfully.


"I'm here now. Don't be afraid," Jacob said in a soothing voice and with all the love he could muster. He gradually held her tighter and tighter, as if it would convey the intense love he had for this woman. It seemed to Jacob at the time, the only way to relieve his aching heart. Emily was his medicine and without her, he would waste away.

"Get in here!" Jacob yelled to his men. In a blink of an eye, his men rushed in and tied those men who were writhing in pain on the floor with paracords. Sam surveyed the men with a keen eye and reported, "Mr. Jacob, these men appear to be under the influence of aphrodisiacs."


Jacob nodded and stood up slowly with Emily still in his arms. His eyes took on a murderous glow, as if an evil spirit had awoken inside of him, his homicidal aura blanketed the vicinity. A bloodbath was imminent.


Everyone stayed silent with bated breath.


Jacob, after a few moments that felt like an eternity, broke the silence, "Bring that bitch to me," he ordered.


As soon as the last syllables fell from his lips, Leona was already being manhandled by his men into the warehouse. She was looking around in a panicked daze, fearful of what was going to happen.

"Jacob, What- what the hell are you planning on doing?" she stammered in fear.


"How about we give you and your ten dark colored fellows some alone time, so you can reap what you sowed? I think you'll have a great time," Jacob said with a maniacal smile and a ruthless tone.


"No, no, no, no! Have mercy. You can't do this to me!" Leona screamed as she shuffled towards Jacob, her face white as a ghost, but she was stopped by Sam and brought to her knees. Her face turned into a snarl, "You can't do this, Jacob! I am Magee's woman! If you do this, he'll release all hell to rake revenge on you!"


"Not now. If I were you, I'd worry about myself first," Jacob replied in a mocking tone.


"No! Please! I don't want to stay with these filthy men! Let me go! Don't you fucking dare touch me!"


Leona watched Jacob's silhouette slowly disappear into the light outside the warehouse door. She stood up immediately to follow him out, but was swiftly subdued by Jacob's men and thrown to ground at the center of the warehouse.

After untying the dark men's bonds, they quickly left, leaving her helpless and bound. The doors and windows of the warehouse were promptly closed and locked from the outside. By now, the men have lost their minds completely.


They were wild animals in heat. As long as there was a woman to breed with, they wouldn't stop until they were spent.
Leona never expected the tables would turn so quickly. She would suffer the pain she wanted Emily to experience.


"No! You dirty pigs! Stop! Get away from me! Don't touch me!" She screamed, struggled with a torrent of tears gushing from her eyes. She was flushed and slowly getting tired of resisting. She looked like a mess.


But the dark men wouldn't heed her cries because they've lost their senses. They didn't care how she looked, as long as they could have sex with her and fulfill their ravenous desires. So they all stripped down and started taking turns plunging deep into her.

A woman's blood-curdling scream, accompanied by the gruff gasps of men came out of the warehouse. The people who had gathered outside were terrified. They could only imagine what tragedy was happening inside.


"I want those animals inside to suffer a living hell," Jacob ordered in a sharp, aggressive tone, emphasizing every word.


Sam bowed and didn't dare meet his boss's eyes. He only murmured respectfully, "Yes, Mr. Gu. I know what to do."


Now that the crisis was taken care of, Jacob carried Emily to his car and laid her down gently on the back seat, like she was fragile porcelain. He was surprised to see her face so flushed like she was in heat. She then began to wriggle in his arms.


She gasped and said his name ever so softly, as if her mouth was sending forth a delicate fragrance, filled with pheromones. It lit a fire inside him to be inside this beautiful atmosphere. "Emily, you've been drugged…"


Jacob just looked at her beautiful, tender face and saw some small abrasions on her cheeks. He couldn't help but run his fingers over them to try and comfort her. "Did they hit you? Damn it!" he muttered in a hurt tone as his heart broke.


This only served to worsen his hatred towards Leona and those men. It was almost equal to his love for Emily. He even began to think on how to dispose of them.


Now Emily's mind seemed to float. She felt her whole body burning with desire. Every fibre of her being was thirsty for pleasure, calling a strong man to satisfy her.

Jacob's hands were cold and made her feel comfortable. Unconsciously, her hand slowly made their way onto his hands, and pressed them harder on her cheek, rubbing his hands seductively. "I'm so upset…" she whispered.


Her soft voice was like a sweet melody, tugging at Jacob's heartstrings.


He swallowed hard and tried to suppress the fire burning in his loins. "Emily…"


The aphrodisiac that had driven those men crazy and made them into animals in here was now doing the same to Emily. She had completely forgotten about everything and the only thought in her mind was to get close to Jacob and get what she wanted.


"Hold me in your arms... Jacob... I'm so hot... I want you..." Her eyes were welling up because of her rising body heat. She looked at Jacob hopefully, as if she was ready to receive him.


Realizing that Emily was sending him an open invitation, Jacob could no longer stay in control. He let loose his desire and started kissing her soft lips roughly.


"Hmm..." Jacob didn't give her a chance to form words, and continued with a long, sloppy kiss.


The kiss lasted so long that Emily could hardly breathe after.


She felt like she was dying a euphoric death in their kiss, then Jacob unlatched and brought her back to life. Emily gasped for breath, her head resting on his chest. After a few moments, she regained her strength.


In the end, logic prevailed. Jacob's reason slowly came back, and he refused to let his desire run rampant. No one knew how long he could keep this up. He just looked at Emily's eyes intently, and patted her head, saying, "Emily, keep your head clear…"