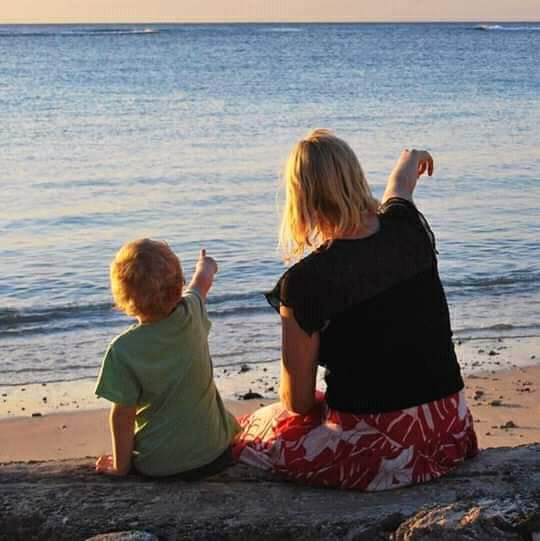 Hearing Nathan's presentation about me not only brought me down to tears but also made me love him even more..
Hearing him say those words just filled the blank hole in my heart...
The pain of my dead daughter just gradually washed away as all parents cheered effortlessly as I climbed up to the stage..
‘I love you mom'..Nathan whispered as I crouched to his position...
‘I love you too my little champion and your daddy loves you too'...I replied waving over at Joel who was smiling broadly..
He still doesn't understand why i gave him that rattle...
Men are so clueless sometimes...
‘This costume is itchy can we go home now??'..Nathan asked and I smiled..
‘Yeah let's go home shall we??'..
Joel's POV

At Night☄️
.
.
.
‘Round and around and around and around we gooooo...Now tell me now tell me now tell me now you know....'..Carol,Nathan and I sang holding hands as we came out from the arcade store...
‘Hmmm I think I'm in the mood for ice cream'...Carol murmured.
‘Ice cream?? You've eaten almost six times today and you still want ice cream??'..I exclaimed and she shrugged..
‘Hey I'm the mother of the year so I deserve it so what do you say baby? Let's go get ice cream??'..She said..
‘Yeah I..
‘I'm not talking to you Joel I'm talking to Nathan'..She cut in and I frowned...
‘So I'm not your baby huh?? But in bed you always —
‘Don't move an inch!!!'..Naomi screamed as she bursted out of nowhere in the middle of the street..
‘Naomi?? Naomi what are you doing??'..I asked blocking Carol and Nathan with my hands..
‘I just asked for a million Joel but being the d**k you are you f**kingly refused and now I'm here for revenge!!!'..She screamed...
‘Naomi don't you dare try anything stupid,Naomi don't you dare!!'..I yelled and the next thing I knew Carol pushed me aside the moment a shot was triggered...
‘Mommy!!!'..Nathan screamed and when I turned around Carol was on the ground..
‘Carol!!!'...
_________
CLICK ON THIS LINK TO READ EPISODE 43
at October 12, 2020