"SEVEN YEARS WITHOUT YOU" SEASON 6, EPISODE 76" 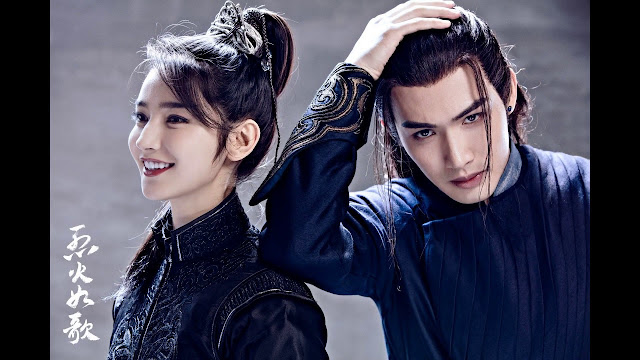 
“Nah, I was just trying to remember what brand of tobacco your dad smokes. I remember that the box is blue, but I don’t remember the name. Do you? I want to buy him some before we go,” Huo Mian said carelessly.


He thought she was mad, but the truth was, she was already picking out cigarettes for his father.


How could he not fall in love with a woman like her?


Huo Mian ended up buying a few boxes of Nanjing cigarettes at the supermarket. They cost 580 yuan per box; apparently, they were Qin Chu’s father’s favorites.


She also bought some fresh fruit and then drove back home.


As she was parking her car at Imperial Park, she saw Qin Chu’s car coming in.


Qin Chu got off his car and put the things she bought onto his Maybach. Huo Mian changed into a simple pair of jeans, a white tank top, and a black cardigan. She then got onto the passenger seat with her purse in her lap.


“Honey, are you hungry?” on their way over, Qin Chu placed his right hand onto Huo Mian’s and gently asked her.


“Just a little bit…” Huo Mian rubbed her tummy; the cafeteria food at South Side reached a new low today.


She really wanted to ask the chef what his secret recipe was. How was he capable of making such a gross dish out of such delicious ingredients?


But then again, the hundreds of people at South Side all ate the same thing, so she didn’t want to seem so picky.


In the end, Huo Mian only had a few bites of lunch. After lunch, she resumed her busy schedule until she left work. She felt hunger creeping up to her as soon as Qin Chu asked.


“So, can I give it to you now?” Qin Chu’s hand moved away from hers and slid all the way down to her thigh.


Huo Mian then realized that he was talking about another kind of ‘hunger’.


She immediately slapped Qin Chu’s shoulder and scolded him with a smile on her face, “Don’t be such a pervert…”


Qin Chu asked innocently, “Honey, I was only asking if you wanted me to give you some fruit to fill up that tummy of yours. How is that perverted? I think you’re thinking too much…”


The two of them chatted and laughed all the way back to the Qin Manor.


After their last conversation, Qin Chu’s father had compromised.


He rarely went to the company and didn’t even ask about billion-dollar investments.


He handed all of his authority over to his son; after all, Qin Chu was his only child.


Plus, the major shareholders on the board all knew and were confident of Qin Chu’s capabilities, so there was no reason for Qin Yumin to interfere.


Recently, his health had been deteriorating, so he rested at home and occasionally traveled aboard. He lived a decently-fulfilling life.


Qin Chu’s Maybach made a beautiful turn before coming to a stop outside the mansion.


Then, the two of them got off the car and carried the stuff they bought inside.


She immediately went up to greet the young couple.


Qin Chu only asked for his father and not his mother because, as attentive to details as he was, he noticed that his mother’s car wasn’t outside, so he assumed that she was out.


Qin Yumin’s expression didn’t change much upon seeing the two of them. He only said, “You’re back.”


Huo Mian didn’t say anything. She quietly placed the fruit off to the side, washed some, placed them on a fruit platter, and carried it over.


Qin Chu and his father talked for a while on the couch.


“Mom’s out? Is she not coming home for dinner?” Qin Chu asked.


“Yeah, she’s been really into card games recently, and doesn’t come back until late at night,” Qin Yumin complained.


“If it makes her happy, just let her be. As long as she doesn’t become addicted to gambling,” Qin Chu consoled his father.


The three of them sat around the dining table. Huo Mian didn’t talk much, because she didn’t know what to say.


She knew that this family didn’t really welcome her…


Therefore, she quietly ate her food…


“Does your belly have any news for me?” Qin Yumin’s voice suddenly broke the silence.


Qin Chu and Huo Mian were surprised to hear his question…


Huo Mian even thought, Was he talking to me?


(AUTHOR'S NOTE: HI FAMS PLEASE I CHANGE MY FEEDBURNER ADDRESS, PLEASE IF YOU ARE HAVING TROUBLE VISITING THROUGH EMAIL PLEASE RESUBSCRIBE BY ENTERING YOUR EMAIL IN THE SUBSCRIPTION LABEL)
______