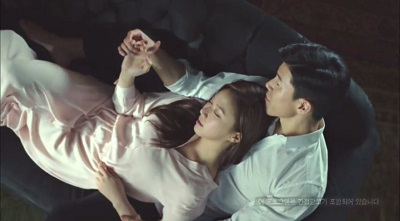 
( Dont Mention Other Men In Front Of Me)
Mu Feiran froze. The child is three-and-a-half years old. Shes only fifteen days younger than Niannian. Both of them are three-and-a-half.

Three and a half years

Mo Jinyans gaze seemed to become unfocused. He looked in front and secretly calculated the time.

It was just right

He smiled and looked at Yunyun. Its good that the child is fine. Yunyun, now that Ive brought you to your mother, shouldnt you say thank you to me?

Yunyun turned around, happily wound her arms around Mo Jinyans neck, and pecked his cheek. Thank you, Uncle.

Just call me Uncle Mo. He smiled at her and said gently. After being kissed, Mo Jinyan felt even more like he was floating.

Mu Feiran looked at him in surprise. She thought that this person looked very scary and did not expect him to treat children so well. It seemed that he really liked children.

Mo Jinyan looked at Mu Feiran. If you really want to thank me, you can ask Gu Jingze to treat me to a meal. After all, hes the one who asked for my help. By the way, your number.

He took his phone out and handed it to her, meaning to ask her to put in her number.

Mu Feiran froze. She did not understand why he suddenly asked for her number.

Mo Jinyan said, There are some remaining issues regarding the man who took the child away. Ill let you know about it later. The child is here right now, so its not convenient for me to tell you.

Hearing this, Mu Feiran then nodded in understanding. She took his phone and entered her number.

Mo Jinyan gazed at her deeply before raising his head to look at Gu Jingze. He looked askance at the exit, hinting to Gu Jingze to go out and talk.

The cigarette in Mo Jinyans hand was already burned halfway. But the cigarette ash had not been flicked off yet.

Gu Jingze came up behind him. Whats up?

Mo Jinyan turned around. Gu Jingze. You knew about it a long time ago but you only told me now. What do you mean? Are you trying to use this to threaten me? Im telling you. Even if the child is mine, I dont have much of an attachment to her. Its impossible to control me by using the child to threaten me and by letting her become my weakness.

Gu Jingze waited quietly for him to finish before looking at him and saying, Black Hawk, get this straight. I told you out of goodwill. Threatening you? Making her become your weakness? In that case, I could have totally withheld the information from you and gradually become the benefactor of Mu Feiran and your daughter. I could have made them trust me and when the time came I could have shown you the child then. I merely let it happen naturally because of the timing.

Mo Jinyan held the railing with one hand. He looked down at the pond downstairs with his head hanging.

Gu Jingze walked towards him and patted him on the shoulder. Alright. Ive already told you what I should tell you. Now, Mu Feiran is still Mo Dings wife in name. But from what I know, they have never stayed in the same room. However, Mo Ding has constantly tried to use your daughter to blackmail Mu Feiran into earning money for him.

Mo Jinyan recalled the man he had seen earlier in the day.

He still wanted to be Yunyuns father?

Had he known earlier he should have chopped off those two arms of his back then!

Gu Jingze went back in soon after.

Seeing that he had finally ended his discussion with Black Hawk, Lin Che quickly made her way to him.

Nothing. He patted Lin Ches hand.

Just then, Black Hawk walked in as well. He smiled upon seeing Lin Che. Hello, Miss Lin. We meet again.

Lin Che crossed her arms. Thats right. Fate is such a fascinating thing. I really hoped that I wouldnt see you for the rest of my life, but who knew

Black Hawk laughed out loud. By the way, Li Mingyu has gone to M Nation. I saw him a while back and he even asked me if I had any news of you. It seems like youve constantly been on his mind.

Gu Jingzes expression turned dull before he glared fiercely at Black Hawk from the side.

Black Hawk looked at Gu Jingze in satisfaction as if he was feeling slightly more comfortable. Then, he reached out his hand and shook hands with Lin Che. Just call me Mo Jinyan. Its nice to meet you. It seems like well have to meet often in the future.

There was another layer of meaning to his words. He looked past Lin Che and at Mu Feiran inside.

Lin Che crossed her arms. I really dont want to

But she still shook hands with Black Hawk. This was better than continuing to be enemies.

He quirked his lips up at Lin Che, appearing even eviler. I find it quite amazing, but we will have to interact more with one another in the future. I think were quite well-suited to be friends.

Gu Jingze caught Black Hawks hand and pushed it back to him. Thats enough. Theres no need for you to be friends with other peoples wives.

Black Hawk looked at Gu Jingze in disbelief. This man was so petty when it came to women.

But Lin Che looked so enviable. It was no wonder that he was always worried that someone would take her away.

Although he did not feel much towards her, he knew from the fact that Li Mingyu was unable to forget her after interacting with her for a mere few days that she probably had her special qualities.

After he left, Mu Feiran brought Yunyun into the room and coaxed her to sleep.

Gu Jingze looked at her skeptically. How silly. This personality of yours you would think that anyone is a good person after spending some time with them.

No way. I just think that he probably has his own reasons even if hes evil. No one is evil for no reason. Perhaps he has been through things that we dont even know about.

Gu Jingzes face darkened considerably. He pulled Lin Che by the shoulder and looked into her eyes threateningly. Youre not allowed to think about other men in front of your husband!

Lin Che pushed his hand away and said, How mean. Why are you pulling me?

Look at me and tell me that you wont! He tugged at her again and forced her to look into his eyes. It was as if he would not let go of her if she did not say it.

Lin Che looked at him speechlessly. Left with no choice, she could only say with her face blushing slightly, Yes, yes, yes. I wont. Let go of me quickly

Mu Feiran was still around. It was so embarrassing for him to pester her like this.

However, Gu Jingze smiled in satisfaction upon hearing this. He put his arms around her shoulders and pulled her into his embrace. Then, he started to kiss her gently.

Lin Ches eyes widened. She was about to resist when she felt his lips press down on hers. His breath was slightly minty and felt very fresh. His thin lips surrounded her lips gently and left behind a moist trail. They also left behind his elegance, making her feel extremely comfortable.

Lin Che closed her eyes slowly and felt Gu Jingze still faintly licking her lips as if he was savoring a delicious pudding. Thereafter, he pried her lips open and explored her mouth little by little.

Lin Che, Yunyun has fallen asleep. I Mu Feiran pulled the door open and walked out only to see Lin Che and Gu Jingze. She froze before quickly turning her head away.
__________
CLICK HERE TO READ EPISODE 78
at September 17, 2020