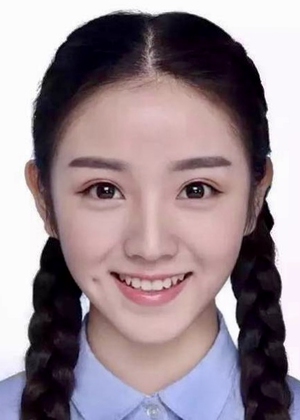 (Why Did You Bring A Pretty Lady Along Today?)


Lu Man then went over, wanting to personally make a nourishing soup for Han Zhuoli.

Auntie Liu cooked quite well, but she didn’t match up to Lu Man, she was still lacking.

She went along with Auntie Liu to the market to buy an old female chicken. The best thing was that in the small city of South Yunnan there were a lot of wild mushrooms, and nourishing herbs available readily.

After they bought all the ingredients, Lu Man followed Auntie Liu to the hotel kitchen.

Auntie Liu had bought the ingredients herself, but since she was borrowing the kitchen she needed to pay a small amount to the hotel as rent for their kitchen.

Auntie Liu had long become familiar with the people in the kitchen and their relationship seemed quite good.

As soon as Auntie Liu entered the kitchen, she greeted the chefs and their disciples. All the disciples were teenagers, and they instantly smiled back and greeted her, “Auntie Liu, you’re here!”

“Why did you bring a pretty lady along today?” A disciple who looked to be around 17 or 18 years old asked.

Since it was a small remote city, many students around his age did not continue to go to school, and instead came out to work.

Auntie Liu smiled and scolded, “Young brat, you’re already a sweet talker at such a young age, This is Miss Lu, my employer, she’s also an actor in the Greedy Wolf Operation.”

“So she’s a celebrity, no wonder she’s so good looking!”

Lu Man hurriedly waved her hands. “That’s not it, I’m just a newcomer.”

Lu Man followed Auntie Liu to the stove that had been emptied for them and since Lu Man wanted to prepare the dinner herself, Auntie Liu became Lu Man’s assistant tonight.

A young disciple who was standing at the side exclaimed in surprise, “Miss Lu is cooking herself?”

All of them had heard how the young girl from big cities rarely knew how to cook.

But upon seeing how Lu Man was so young, and also a celebrity, for them anyone who acted was a celebrity, and yet knew how to cook they were astounded.

“Just call me Lu Man, there’s no need to be so polite,” Lu Man smiled and said. After rolling up her sleeves, she put on her apron, and started cutting cut the stomach of the chicken and dealt with the internal organs and the blood.

Seeing how meticulous and efficient her actions were it was obvious that she was not new to cooking, and this left all the disciples flabbergasted.

“I didn’t think that you really know how to cook!”

Auntie Liu smiled and said, “What are you saying!”

The disciple scratched his head, smiling sheepishly he said, “I just heard that all the young girls in big cities do not know how to cook.”

“There are still some that know,” Lu Man smiled, and hurriedly prepared the chicken, then she washed away all the blood with water before putting it in the pot to steam it.

She then placed all the others warm nourishing herbs into a filter bag, that way, there would not be any residue left in the soup.

While cooking other dishes, she would often take a look at the soup and remove the bubbles and oil that formed a layer on top.


Although the soup was not yet done and the chicken’s essence was still being absorbed into the soup, the aroma had already started to arise.

The disciple instantly felt hungry on smelling it. “How nice smelling, why is the smell different from the chicken soup we normally drink?”

As he said, he also peeked curiously at the main cook.

Amused, the middle-aged head chef patted the back of his student’s head. “She’s cooking for herself so, of course, she’ll put in her all, she even put in so many expensive mushrooms and herbs, how could it not smell nice?”

They were doing business for earning money, why would they be so meticulous?

Considering just this one pot of soup, if they cooked and sold it, the price would be so high that only the rich could enjoy it.

But no matter what, the middle-aged head chef would not admit that Lu Man probably had some secret recipe and that even if he put the same ingredients, he would not be able to get this pleasing aroma.

Meanwhile, Han Zhuoli was still asleep while Lu Man kept watching the flame and removing the oil on the chicken soup.

After a while, the chicken soup became very clear and consistent with a fresh delicious aroma.