"THE BAD BOY IS STEPBROTHER" EPISODE 10" 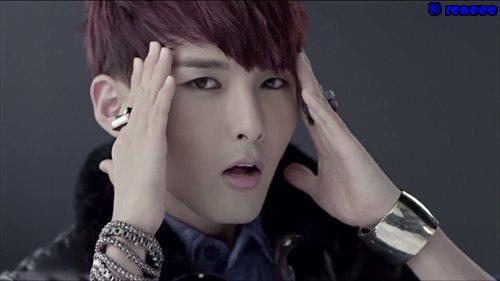 THE BAD BOY IS MY STEPBROTHER

"Okay. How has been your day then? "
I can hear cries in the background so I'm assuming that must be his sister that he is taking care of.

"Stressful cause of shit and all. Are you the only one there? "
I couldn't help but to ask. I wonder how he's gonna take care of that baby alone.

"Yeah, for now. The nanny should be here any moment from now, why did you asked though? "

"Nothing really, I just thought I would come over to the care of her or something since you are not that good with kids but since you said the nanny should be there, I don't think so. "
I grumble silently at the thought that mom is not here yet.
She said two hours or so.

"I wouldn't mind you coming over. I have a problem with maths anyways, you could tutor me. "
I laugh, shaking my head.

"You are really a bad liar. You know that right? You're good at maths than I am and if anyone should be tutoring each other. It should be you tutoring me. "
I laugh and he huffs on the phone.

"I know, I just wanna see you. I missed you. "
He sighs and I keep quiet, picking at my fingernails.

"I want you here with me every time. "
And it's times like this that I feel extremely guilty for everything that I had done wrong to him which includes me having feelings for Xander even though I'm with him.
I'm done with that though and I'm not gonna allow Zach to add to the list also.

"Hold on. The nanny is here. "
I hum and remove the phone from my ear, breathing in heavily.
Just ten minutes more.
The noise has died down so I'm guessing they are done.
I was hoping they continue till mom gets here, not that anything could happen though but maybe it could change mom's perspective about leaving me alone with him.

The door opens and I turn back to see the whore smirking at me while pulling her stupid short skirt down to cover her pant obviously.
Zach comes from behind her, his eyes meeting with mine and I watch his eyes widen.
Did he thought I left or something?

"See you later baby. I had fun tonight. "
I dart my eyes say from them and wish Thomas could come back earlier.

Much to my happiness, his voice booms through the small device and I smile before glueing the phone back to my ear.

"Hey sorry for keeping you waiting. I was explaining some things to the woman. "
There is sound of movement in the background so I'm guessing he's moving to his room perhaps.

"It's okay. I guess, you weren't gone for that long. "
The girl walks pass me and I roll my eyes before turning my attention back to Thomas.

"Yeah. Are you gonna come to my game on Monday? I want you to see me play. "
Even though he isn't here right now, I can imagine him grinning as he says that.

"Of course I will. What type of a girlfriend would I be if I didn't? "
I laugh softly and he chuckles on the phone before our laugh dies down at the same time.

"A awful girlfriend I'm thinking. "
He laughs again. "I'm taking you on... "
I didn't get to hear the last of his sentence cause the phone was pulled abruptly from my hand and I raise my head, wide eyes to see Zach staring at me.

"What the hell do you think you're doing?! "
I yell at him, trying to get my phone back but instead he hangs up the call and toss the phone in his pocket.
Is he kidding me right now?

"You are not gonna call that guy, not while I'm here. Okay?! "
He yells, his face blazing with anger but I'm sure as hell that I'm damn more angrier than he is right now.

"Are you insane? What right do you have to tell me who to call and who not to and why does it even matter whether you're here or not? '"

"You were been all giddy and love puppies. I won't take that from you!
He yells.
"You are mine. "
He adds softly and I ignore the huge thud in my heart.

"No, I'm not! I'm not yours! Stop trying to claim me as if I'm some property! I'm his and he's my boyfriend so stay the hell out of my problem! "
I can hear the phone vibrating against his skin so I'm guessing Thomas is calling again. Probably wondering why I suddenly cut the line.

"You are gonna cheat on me even though I'm right here?! "
Is he insane? Of course he is. That's why he keeps repeating that shit!

"First. I'm not cheating on you. Second, you basically just had sex with some girl in there. What your business.
Third, don't forget that we are nothing. Whatever happened between us in the past should remain in the past! "
"I thought you left! "
Out of all the things to say.

"That doesn't change anything. Give me my phone Zach! "
I yell again, my throat hurts and my heart is beating faster against my chest that it feels as though it's gonna burst out.
He isn't backing down but neither am I. Not this time at least.
_____