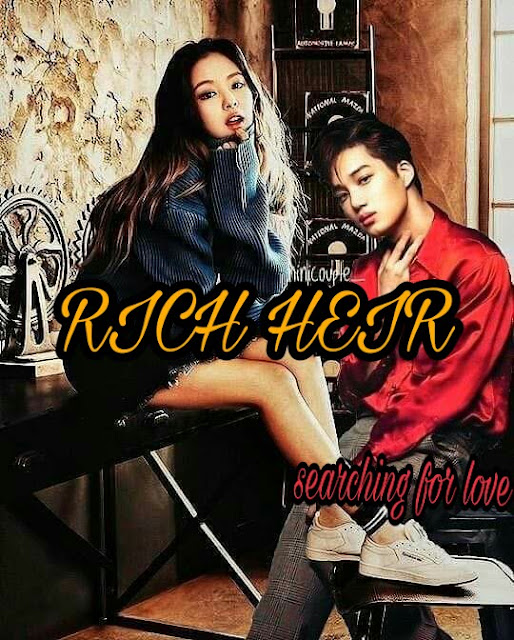 I drop her on the bed and use my thumb to wipe away the tears that stained her cheeks.

"I'm very sorry I acted like that. I was just angry and I don't want to see you ever been hurt. "
I mutter, calmly for the first time since I stepped foot into the house and she nods before smiling at me.

"I know but I just love him. I've tried, so many times to stop the feelings cause I know how he is.
I've tried so many times to just stop myself from wanting him but it seems like each time I pull away, he pulls me back.
It's just... So complicated and I except you to support me and soothe me but instead you were throwing insults and calling me names "
She says and I sigh again before pulling her to my chest again.

"I'm sorry. "
I mouth and she nods her head against my chest better wrapping her small arms around me.

"Why are you here though? I thought you had things to do still. "
She says, wiping her eyes and pulling away from me while I shrug.

"I missed home so I thought I would come.
I miss you. "
I grin and she smiles before getting my arm playfully.

"What did you tell him? "
She asks and I sigh, knowing exactly who she's talking about.

"To keep his hands off you or leave. "
I shrug and she nods.
A knock comes to the door and Adam walks through the door with his hand  in his pocket.

I turn to look at may and she's staring down at her feet like its the most interesting thing to do.

"Calvin, I... "
He starts and I sigh before gesturing for him to follow me which he did.
"I know what I did was stupid and foolish. I promise not to ever touch her again. "
He says, her eyes dull and it pains me that I'm the one doing this but I know Adam and I know my sister.

She won't complain. She'll believe he feel something for her.
She'll let him do whatsoever he wants with her all in the name of love.
She will be used and she wouldn't say a single thing about it.

He wouldn't care.
He would think they're having fun.
He would think she also only wants to get off with him, not knowing she feels something deeper.. Something more than just pure lust and attraction.
He will have her over and over again and in the end, she'll be the one getting hurt.

They are thinking from two different perspectives and one will surely end up getting hurt.
Ninety percent possibility of that one being May.

"I know Adam and I pray you do cause I will have to drive you out if you don't. "
I sigh and he nods again.
"Why are you here by the way, I thought you said you still have to stay. "
I nod before walking to sit on the couch.

"Still do but I just thought I would pass by. I still have to return, I have a date. "
I grin, remembering my date with Isabelle.
I surely can't wait to see her again.

I stare at myself in the mirror. I'm putting on  black strapless short gown which hugs my body perfectly.
My hair is in a bun with some loose strands falling across my face with just red lipstick.
I don't like makeup too much.

I check the clock once again and it's almost ten.
Why is Connor not back yet.

I sigh before grabbing my bag and walking downstairs, looking around the house.
Where could he had possibly go that he isn't back yet.

Thirty minutes later and Connor is still not back.
I decide to wait for him outside while dialling his phone but he isn't picking up either.

What exactly could be wrong?
Now, I'm getting real worried.

The cold breeze flew by and hits against my skin as I run my hands down my arms while looking around and that's when my eyes caught a future.

A guy and a lady.
I move closer and gasp when I see that the guy is Connor.

He was talking about something and the lady suddenly kiss him.
I close my eyes before turning away swiftly and walking into the house.
_____