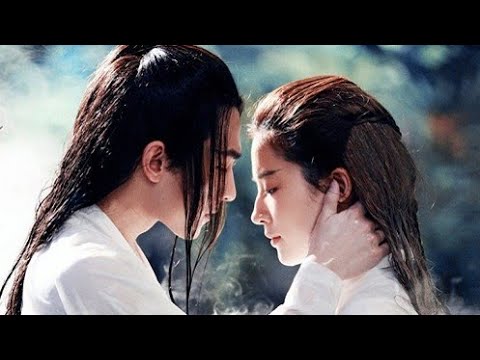 (She has been there all the time(2)

Derek thought for a moment while he was eating, and said, "Wilson seems to be a man of striking appearance, and he also has potential in the business world. If he'll be my brother-in-law, then..."

But before Derek had the chance to finish his words, Selina suddenly interrupted him.

She looked at him ferociously, and said, "Derek! Shut up! Don't you think that you'd better tend to your own affairs? Jackson already has a five-year-old boy, and you don't even have a wife yet! Aren't you ashamed of that?"

"I..." but after he heard her, Derek turned dumb and speechless.

Cherry and Jackson looked at each other. When she saw that Jackson had an indifferent look on his face she suddenly smiled to Derek and Selina, and thought that the brother and sister couldn't be more perfectly matched as siblings.

After dinner, Derek and Selina went back to the residential compound, and Cherry drove her own car back to the villa with her son in it; Jackson followed them from behind.

When they got home, Cherry went into the living room and felt a little bit tired, so she sat down on the sofa.

Jackson saw how tired Cherry was, and after he poured a glass of water for her, and then walked towards her with it.

Cherry took the glass of water and nestled into Jackson's arms. She said, "Thanks."

When Joe saw that his Daddy and Mommy were sitting together, he went to the living room and sat beside Cherry. After his mother finished drinking her glass of water, he said, "Mommy, I want to tell you something."

"Yes? What's the matter? Did something bad happen at school?" asked Cherry concerned, because she had always attached a great deal of importance to her son's matters and wellbeing.

"No, I met a woman inside the elevator in the JS Group this afternoon, " said Joe childishly.

After they heard their son's words, Cherry and Jackson felt somehow surprised. Cherry looked at Jackson first, and then looked at her son, and asked, "Who did you meet?"

Joe thought for a moment and recollected in his mind all that happened earlier in the afternoon.

She came inside the elevator with me, I asked her to push the elevator button, and then she asked me who I was. I didn't answer her, but then she spoke out your names."

Joe's words completely confused Cherry and Jackson. Jackson's eyes were filled with a complex expression in them.

Joe then looked at his Mommy, and continued to say, "She said that she was your friend, but when I invited her to come look on you with me, she reclined; she also knew Daddy's name, but she got out of the elevator on the 28th floor."

Cherry thought for a moment and said, "The 28th floor is where the conference room is."

Jackson wasn't as nervous as Cherry was, but nonetheless he still looked at his son, and asked him, "What else did she say?"

"She said that she doesn't want to meet Mommy like that, and she asked me to tell mother..." but Joe then paused for a moment.

Cherry immediately asked, "Tell me! What did she say?"

Joe looked deep into his Mommy's eyes, and said, "She said that she will never leave you off the hook, just like she never had when you were children."

After Joe finished speaking, Cherry couldn't help but shiver, and suddenly felt a trace of fear in her heart. Was she the same person that she thought she was?

She immediately grabbed Joe's arm, and asked, "What does she look like, Joe?"

Joe shook his head, and said, "She was wearing sunglasses, so I couldn't see her face clearly, but she was very thin and pale, and she was a little bit taller than you are, Mommy." Joe stopped and thought for a moment, and then continued to say, "She looked very fierce, and she told me to shut up when I said that she was strange."

Cherry already knew who the woman was. It was none other than her own sister, Jean.

Cherry's expression made Jackson worry about her. He took Cherry's arms in his, and said to his son next to him, "Joe, go upstairs, take your bath, and go to bed straight after that."

Joe knew that his Daddy wanted him to leave them alone, and that maybe he also had something to say to his Mommy. He was also very worried about Cherry when he saw her sudden change in appearance, and thought, 'Who could that woman be? Why is Mommy so nervous after she heard what I said? I wouldn't have told her about the woman if I knew that she would react like this. I don't want Mommy to be upset, I want her to be happy every day.'

Hearing no answer from his son yet, Jackson continued to say, "Joe, be a good boy and go upstairs."

Looking at his Mommy's face, Joe was still worried about her, and said, "But Mommy..."

"Don't worry about it, Daddy will take care of Mommy. You just need to go upstairs and rest, okay?" gently said Jackson to his son, while trying to suppress his hidden emotions.

"Okay, Daddy, " said Joe as he looked at his father and nodded. He knew that his Daddy would take good care of his Mommy, because Daddy's love for Mommy was definitely not less than his was.

"It's her, it's her, it must be her!" said Cherry, while still wearing the blank stare on her face.

"Well, yes, it should be Jean, " said Jackson firmly.

"That means that she's been here all along, that she was always around us!" Cherry's body was still shaking, and her brain was a total mess.

When she heard that Jean was back, she felt a sense of uneasiness in her heart. She didn't know if she felt it because Jean had bullied her in the past, or that she thought that Jean might do something bad to her in the future. In any case, chaos was now reigning in her mind.