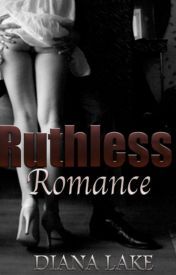 
“Well, that particular student”—he said with a nod toward the sinister-looking young man—“must be putting himself through college by dealing dope. And those two over there . . .” This time he nodded toward a giggling, swaying pair of young women in tight miniskirts and thigh-high boots. “Are probably hooking to pay their tuition.”

Cleo peered at the girls in the gloomy light and gasped when she recognized them. They saw her at the same time and screeched in delight at the sight of her.

“OMG! Cleo!” Coco screamed, and Cleo caught Dante involuntarily flinching at the sound of that high-pitched voice. “It’s so weird to find you waiting down here for us. It’s like you knew we were coming.”

“She did know, remember?” Gigi reminded her in an only slightly less shrill voice. And Cleo hadn’t really known they were coming, since nothing definite had been arranged.

“What the hell?” Dante muttered beneath his breath, and Cleo smiled at the consternation she could hear in his voice.

“Hi, girls,” Cleo greeted, and the two scantily clad women fell all over her, showering her with hugs and kisses. Coco, predictably, was the first one to notice Dante.

“Oh, hi there. I’m Coco Sibiya. Nice to meet you. Always happy to meet any friend of Cleo’s.” The staggeringly beautiful ebony-skinned woman grabbed his hand before he could offer it and shook it heartily. “And this is Gigi.”

Dante thrust his hands in his pockets and stared at the three of them thoughtfully. Cleo tried to picture them through his eyes and realized that they were all approximately the same height—just slightly above five feet—with similar body types. Gigi and Coco were a little slimmer than Cleo, since she’d started to pick up some baby weight.

“How do you all know one another?” he asked curiously, momen-tarily diverted from the loitering wannabe thug, who was also watching them curiously.

“We went to dance school together. And Cleo and I danced with the same company for a year after we graduated,” Coco explained. “She always was the most talented and going on to bigger and better things before Cal dropped her.”

Cleo glared daggers at Coco for wording it like that. Cal still felt immense guilt over what had happened and had tried his damnedest to make it up to her. He’d taken time off from his own career to help her recuperate, and in a way the incident had ruined his career too. Cleo suspected that he was unable to allow himself to succeed.

“He dropped you?” There was a dangerous edge in Dante’s voice.

“It was an accident.” It was the first time—since it had happened—that Cleo could hear a ring of absolute truth and sincerity in her own voice. How could she have allowed one of her best friends to wallow in his own guilt for so long? How could she have steeped herself in such absolute self-pity that she’d been blind to what she was doing to him? God, she was an awful person. Shallow, selfish, and weak. She shook her head, slightly dazed by the direction of her thoughts.

She looked up at Dante, whose eyes were narrowed in concern, and hated the doubt she now felt about him, about how she was dealing with her pregnancy and his need to be involved.


“Yeah, well, his career took a hit after that too,” Coco cheerfully divulged.

“This is ancient history, Coco. I’d rather not discuss it any longer,” Cleo said pointedly, and Gigi, bless her soul, jumped right into the awkward breach.

“Damaso,” he informed her, and held out a hand to Gigi, who shook it with enthusiasm. “And I’m not sure Cleo’s feeling up to a night on the town.” The last was said with a worried look at Cleo, who felt a little punch-drunk after her epiphany.

“Cleo?” Coco waved a hand in front of her dazed eyes. “What’s up with you, girl?”

“Aww, come on, don’t be such a spoilsport, it’ll be just like old times.” Coco pouted and Cleo nearly giggled at that. “Old times” had included early bedtimes, brutally long rehearsals, tired minds and bodies, and disgustingly painful feet. The few nights they had gone out to “party” had nearly always ended after only two or three drinks before midnight had effectively wiped her out. Not exactly halcyon party nights.

“I’m a little pregnant,” she admitted with a smile, happy at that moment to let that old life go and excited for whatever the future held. “No drinking for me.”

“Seriously?” Gigi’s shriek was impressive and could rival anything Coco had in her bag of screeches. “That’s awesome. I’ll make a fantastic aunt, Cleo.” She hugged Cleo tightly. Cleo laughed at her enthusiasm. Coco seemed a little shell-shocked but hugged her as well.

“Wow, this is unexpected news,” she said.

“Yeah, I’m making a few lifestyle changes. I have to leave this place, for one. Cleo pointed to the building behind her. “I’ll probably wind up moving in with the baby’s dad.”

She saw Dante’s head swivel in her direction, and she met his shocked, questioning gaze with a shrug. After everything she’d just learned about herself, she felt that maybe giving him the benefit of the doubt would be the best thing for her baby, for Dante, and for herself. She hoped this was the right course of action. Only time would tell.
______