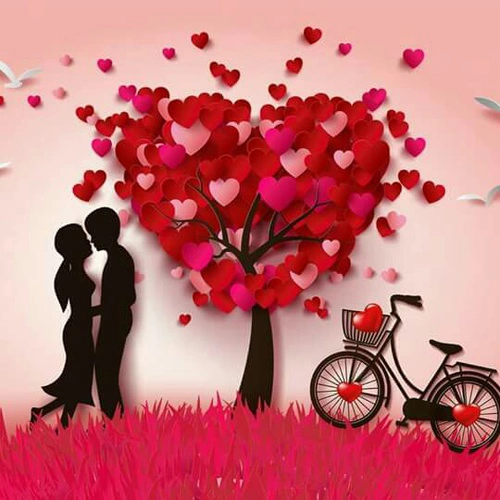 
Ellery had been working hard on her paintings. The opening was next month and she still had two more pictures to paint. Mason had gone to California for a week with Landon, so I helped out as much as I could with Julia so Ellery wouldn’t worry about taking care of her. I had given Claire the day off to take her husband to the doctor, and Peyton was out of town with Henry. I had planned to stay home and work, but my attention was needed at the office. I tried to call my family for help, forgetting they were all out of town as well. Ellery had just left for the studio and Phil called, stating that I needed to be at the office for a meeting regarding the new Chicago building, and today was the only day it could be done. I looked at Julia as she sat in her bouncy seat.

“Listen, Julia. Daddy is going to take you to the office and I need you to be extra good. Okay?”

As she smiled at me, she screeched. She thought it was funny that I asked her to be extra good. I put her in her car seat, grabbed the diaper bag, and stepped into the elevator. Today was Denny’s day off, so I would have to drive the Range Rover to work. I stopped by Ellery’s studio to let her know that I was taking Julia with me. As I walked through the door, she turned around and looked at me.

“Hey, honey, what’s up?” she asked as she walked over and kissed me.

“I’m taking Julia to the office. I have a few things that I need to do.”

“Yes, by myself. Do you think I’m not capable of spending the day with my daughter alone?”

“No, I think you’re capable. Good luck, sweetie.” She smiled as she bent down and kissed Julia’s head.

I put my hand on the knob, turned it, and opened the door. Turning around and looking at her, I said, “Was that good luck for me or for Julia?” I asked in confusion.

“It was for both of you.” She laughed.

As I put Julia in the back and buckled the car seat, she started to cry. Shit, I thought to myself, and I was already running late for the meeting. She had just eaten so I knew she wasn’t hungry, and I had just changed her diaper before we left. I reached in the diaper bag and pulled out her pacifier. Ellery wasn’t too keen on her having it, but this was an emergency. When I put it in her mouth, she stopped crying. I let out a sigh of relief as I climbed in the driver’s side and headed to the office. Traffic was horrible, and Julia started crying again. I looked in the rearview mirror and her pacifier had fallen out of her mouth. Her screams grew louder as I tried to reach back and grab it. After I finally found it, I put it back in her mouth, but she didn’t want it. She spit it out and started screaming. I didn’t want to call Ellery because I didn’t want her to worry, so I dialed the next best person: Mason.

“Mason, I need your help. I’m taking Julia to the office.”

“By yourself?” he interrupted.

“Yes. I’m stuck in traffic, and she won’t stop screaming. She won’t take the pacifier either.”

“You gave her the pacifier? Does Ellery know this?”

“No, and you’re not going to tell her either. Help me; I don’t know what to do.”

“Do you have any classical music with you?”

“Look in the diaper bag. There may be a CD in there.”

Reaching in the back, I grabbed a hold of the diaper bag and, as I was bringing it up to the front, items started falling out onto the floor. Julia was still screaming, and I was about to have a nervous breakdown.

“There’s no f**king CD in here!” I screamed into the phone.

“Connor, I’m sorry, but there’s nothing you can do until you get to the office.”

After hanging up, I looked at my phone and had an idea. Still stuck in traffic, I downloaded some classical music onto my phone. Beethoven’s “Ode to Joy” was the first song on the list. I hit play and turned the volume up as loud as it would go. I held the phone towards the back and closer to Julia. She didn’t stop crying right away, but the noise was becoming softer. As traffic started moving, Julia fell asleep, and I felt like I could breathe again. Finally, we arrived at Black Enterprises. I pulled into the parking garage and parked in my spot. As I looked behind me, I saw that Julia was still asleep, and I needed her to stay that way. I carefully opened the door and started picking up all the things from the diaper bag that fell on the floor. As I gently unbuckled the car seat, Julia’s eyes opened, and I froze. Grabbing the pacifier that was sitting next to her, I put in her mouth and her eyes slowly closed. I started to sweat at the thought of her screaming bloody murder again.

Stepping off the back elevator that led to my office, I was instantly surrounded by a flock of women who wanted to see Julia. When I walked down the hallway to my office, I realized that Valerie wasn’t sitting at her desk. Shit, her vacation started today, I remembered as I was counting on her to keep an eye on Julia. Opening the door to my office, I set the car seat on my desk, while I gathered some files for the meeting.

“Whoa, Connor! Why is Julia here?” Phil asked in shock.

“Because I didn’t have anyone to watch her, Phil,” I replied with irritation.

“Don’t you have a manny or nanny or whatever?”

“He’s on vacation, and Ellery is working on her paintings.”

“You can’t bring a baby to a meeting,” he said.

Glaring at his stupidity, I calmly said, “Have you forgotten that Black Enterprises is my company and I can do whatever the hell I want? If I want to bring my daughter to the meeting, then I’ll damn well do it!”

Phil sighed and walked out of the office. “The meeting starts in five minutes,” he said.

Julia opened her eyes. I grabbed my files and the car seat and headed to the boardroom.

Upon entering the room with fifteen men and women, all eyes glared at me when I walked in. “Sorry I’m late, but as you can see, I have my daughter with me today and if any one of you has a problem with it, the door is right over there. Are we clear?”

While I stood and looked at the people in the room, there was silence. “Very good. Now let’s proceed.”

As I changed Julia’s diaper, I looked up and saw Ellery standing in the doorway of the nursery with a smile on her face.

“Hey, baby, how long have you been standing there?” I asked.

“Long enough to hear that little conversation the two of you were having.”

“That was a private conversation between me and my daughter.” I smiled.

She walked into the nursery, gave me a kiss, and picked up Julia from the changing table.

“How did it go today with your daddy?” Ellery asked her as she held her in the air.

“Things went fine. I don’t know why you have a hard time believing that I can’t handle my daughter by myself,” I said as I threw the diaper away.

“What’s that, Julia? You screamed all the way to the office, and daddy was having a meltdown?”

Damn it. She must have talked to Mason. “That’s not how it went down, Ellery.”

“That’s not what I heard, Connor.” She grinned at me.

“Why would Mason tell you that I called him?”

“What’s that, Julia? Daddy gave you the pacifier?” She glared at me.

“Can’t I do anything without someone telling you everything?”

“Mason didn’t tell me, well, not technically. I was on the phone with him when you called, and I made him put it on three-way so I could listen.”

“Oh, please. I found it amusing and as much as I wanted to come rescue you, I knew you’d figure out what to do.”

“Thank you for the confidence,” I said as I put my hands on her h*ps and softly kissed her on the lips.

“After all, you are the CEO of a billion-dollar company. You’ve dealt with worse. I wasn’t worried that one little baby would be the thing to break you. I’ll admit that I was a little worried about something else.”

“What were you worried about?”

“There’s nothing sexier than a man with a baby, and I could see those vultures at your office taking advantage of that.”

Smiling at her, I took Julia from her arms and laid her down in her crib.

“What are you doing?” Ellery laughed as I picked her up.

“There’s only one vulture I want taking advantage of me, and I want it right now.”

“Connor, what about Julia?”

“She’ll be fine. She’s safe in her crib, and if she starts to cry, then we’ll stop. But, I want to make love to you now. I don’t want to wait another second.”

Before laying her down on the bed, my fingers tugged at the bottom of her shirt, lifting it over her head. As my mouth smashed into hers, she reached her arms back and unhooked her bra, letting it fall to the floor. After my hand cupped her breast and tugged at the hardness of her nipple, I picked her up and she wrapped her legs around me as I laid her gently on the bed. I wanted to devour her as I took her breast in my mouth. Her fingers were quickly unbuttoning my pants as I was unbuttoning hers. I stood up and took them down as fast as I could. I ripped my shirt from me and threw it on the floor as she sat up and took her pants off, throwing them across the room. She looked at me with a seductive smile and laid down on her stomach.

“Christ, Ellery, you have me so hard.”

“Then put that erection to good use, Mr. Black.”

A growl came from the back of my throat, and I swore I almost came right then and there when she said that. I dipped my finger inside her to make sure she was ready for me, and sure enough, she was more than ready. Hovering over her, I slowly pushed myself inside and began thrusting in and out of her when, suddenly, Julia began to cry.

“There are no ‘buts’! You cannot and will not stop! I’m so close. Oh God. Oh God!” Ellery screamed as her body tightened and released itself, causing me to explode inside her.

We lay there as our hearts raced and we tried to catch our breath. All of a sudden, it was quiet. Ellery turned her head and looked at me.

“Of course she stops crying now.” She laughed.