"ONE NIGHT WITH A BILLIONAIRE BOY" EPISODE 25 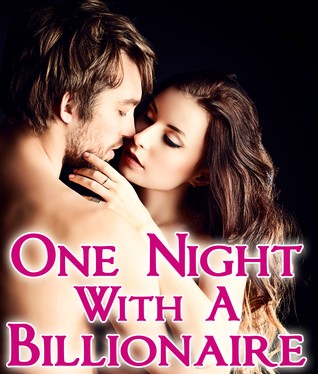 One Night With A Billionaire Boy


I came back from the company tired ,I rode into the compound only to meet broken glasses close the entrance of the mansion

The cleaners were trying to get it outta the way

I looked up to see where the glass at fallen from ,the workers are already fixing it.

"What happened here" I asked one of the cleaners

"The glass holders removed and it fell out,sir Jeff was at this spot receiving a phone call ,it would have fell on him but miss Rihanna was there on time and pushed him outta the way but she got injured instead" the man said and bow slightly before getting back to work

Oh my goodness Anna " I gasps and ran into the house
I found her limping around with a bandage foot.

"Anna are you okay? I heard what happened" I said and helped her to seat.

God what kinda of human being is this,

She never  fail to amuse me

"That nigga is one proud bitch I can't believe I saved his ass but am not heartless ,I got insulted by him for saving his proud ass" she said

I burst into laughter

"Oh my goodness dear. Are you okay? Did you get hurt anywhere" mom asked with concern written all over her face as she examined Anna like a possessive mom.

"It's okay ma'am am okay just that i won't be able to go home like this my grandma might freak out If she sees this" she said showing up her leg.

"We should call the doctor immediately" mum panicked but Anna was quick to stop her.

"Where the hell is Jeffery"be mom barked

"Right here mom " he said coming from the hallway

"Mom she is fine ,am sure it's just a scratch" he said avoiding eye contact with Anna

"Don't be silly young man ... besides have you thanked her yet?' mom asked with a raised eyebrow

"Why should I thank her ? It's not as if she did something great how am I even sure she isn't behind it all" he mumbled

"And why would I want to kill you Mr grumpy? Listen as much as we hate each other I won't want to kill you because it won't be fun instead am just going to stuck your head into the toilet for being an asshole" she said with a smirk

Jeff growled at her

"Shut up the f up Rihanna Adams" he growled at Anna

"Oh he even knows my name ,ptch!!" Anna said with an eye roll

"Okay that's enough the both of you ,quit whining like pregnant ladies,that glass shouldn't have gone off unless someone or something had touched it and we must find out who that person is ,.so in the mean time Jeff apologize to her right now" mom barked

Me I just stood there enjoying the show,

This is just tom and Jerry ,the adult version

"But mum she started it" stop whining like baby and apologize

Anna just folded up her arm and looked away

"Okay fine ...Anna you are offended, don't be offended it's not good for you" he said with an expressionless face

Is he being serious right now