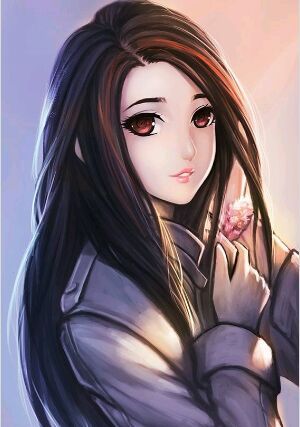 
After the CEO returned from the men's room, the atmosphere in the dining area was much more subdued.

With her resolution completely firm in her mind, Liz did not resume to eat in the same way she had before. Instead, she mimicked the CEO and used the knife and fork to gracefully have a few more ribs before saying that she was full.

Finding himself as the only one who was being so uncouth, the Mayor was a bit awkward at first due to the tension he sensed between the two who had clearly spoken after leaving. Yet, knowing that it was none of his business, he did not say anything and only continued to enjoy himself as he was truly happy about the prospect of seeing his granddaughter again.

After thanking him for the meal, both the CEO and Liz left for the limousine which took them back to the private airship.

The flight back was silent for the most part, with Liz keeping her eyelids tightly shut and pretending that she was sleeping.

If her boss wanted something, he could ask. There was no way that she was going to initiate a conversation on her own, especially after what had happened.

Of course, seeing the CEO did not have any reaction to this, Liz only became reassured that she had taken the correct decision.

After getting off the flight, she saw that there were actually two cars waiting on the tarmac.

One was the same S-Class which had picked her up in the morning, whereas the other was the limousine which they had used to travel in California.

It was currently around 4 pm in the evening, and the sun was just about to start to set.

If Liz were in her normal mood, she would have enjoyed the surroundings and smiled with happiness.

Yet, she only looked expressionlessly at Mr. Will, waiting for him to say something. She had checked the tablet, and there had been no information about any more meetings on it.

"You can go home now. You also have a day off tomorrow; I have a family event which I need to attend. You can use it to settle into your new home."

As if she wasn't happy at all about having an unexpected holiday, Liz only nodded and said, "Will that be all, Mr. Will?"

Of course, inside, she really was happy that she would be having time to properly settle in. Yet, she had spoken with a tone that was almost as frigid as the CEO's.

It seemed that this tone had finally registered something in Mr. Will.

For the first time since she had met him, she saw an expression of self-doubt pass across his face.

Seeing the confidence crack, Liz actually felt amazed and almost forgot to be cold and professional.

His tone had allowed her to get back to her senses.

Who cared about what expressions came on his face?

He wanted 'results', so she would only be 'result-oriented'.

After saying those three words, the CEO had actually stopped as if he were having difficulty in following through with what he had to say.

Liz's return question hadn't helped things. On the other hand, it had actually made him close furrow his eyebrows and gulp.

"Nothing. Be sure to keep checking your e-mail, important notifications about events will be sent on a daily basis. Have a good day."

Although Liz was puzzled about why he suddenly brought up something that was expected of her, she replied in that same tone as before and started walking towards her car.

If she turned back at this moment, she would have seen the CEO sigh and shake his head before walking to his limousine.

Reaching the car, she entered it and greeted Rao, saying, "I've had the longest day in my life. Get me home quickly, please."

Being an astute judge of character, Rao realized from her tone that she was in no mood to joke around. Hence, he replied concisely and drove towards the main road.

As Liz closed her eyes and tried to reset herself, she had no idea that the man whom she had just talked to was typing out a mail to her right now.


Putting the heading as "Dinner Invitation, day after tomorrow", he set it to be sent on the morning of the next day, and started to make reservations in the costliest restaurant in New York City.
______________