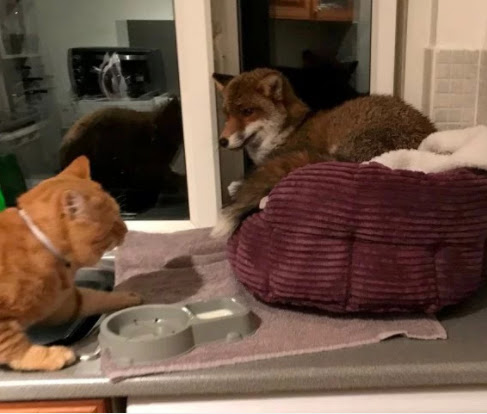 Imagine finding a wild animal in your house in place of your pet? A woman received the shock of her life when she found a fox lying in her cat's bed.

The ginger cat named George had gone on a night-time walk in the garden when the fox took advantage of his absence to take up residence in his bed. The cat looked horrified upon seeing the urban fox and attempted to get rid of the fox by hissing relentlessly at it but the fox refused to leave.

George’s owner, Meloney Blaze, 47, from Petts Wood, south east London eventually got rid of the animal by picking up the bed and tipping the fox out of the window.

She said: "I woke at 4am to let George out the kitchen window, as he goes onto the roof into the garden, and then went back to sleep until 6am. When I came downstairs, and walked passed the kitchen into the bathroom, I did a double take as in the kitchen window I could see a pair of huge ears. 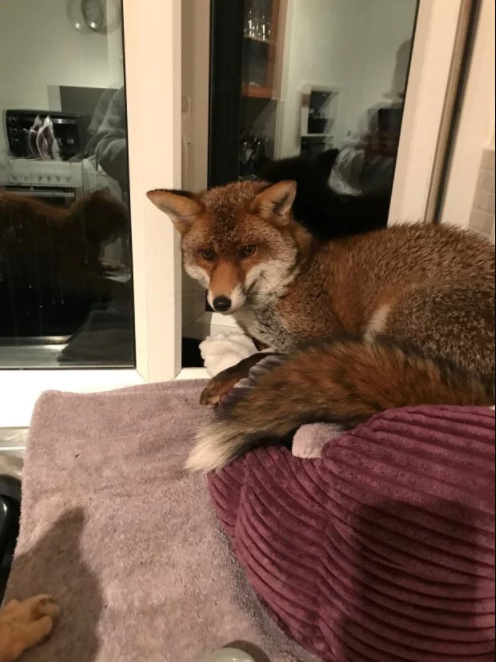 "I thought, 'hmm, those are not the cat’s ears', and I turned the light on to look at what was in the cat’s bed – and it was a fox. He was very tame, he did not want to leave. George was outside the window and was not impressed, I had to let him in the bathroom window. He jumped on the side and leapt into action and was telling the fox off – he was even hissing at him, but the fox just looked at him."

Meloney says she considered grabbing a cooking implement to move the fox but was concerned about using a tool on a wild animal. She eventually managed to move him out the window, but he left behind an "awful smell".

Meloney added: "It was like an unwelcome squatter. I kept tapping the bed but backing away as it’s a wild dog and I did not want to upset it as it could bite for all I knew."