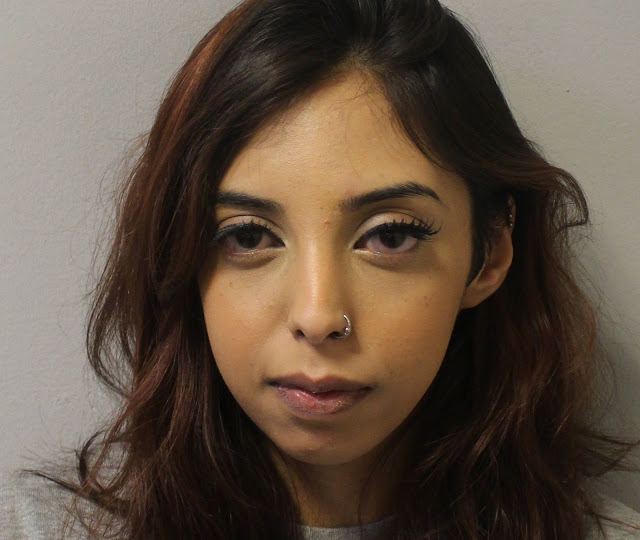 A Shop assistant, Hasna Begum, has been sentence to life imprisonment after she stabbed 23-year-old part-time DJ Pietro Sanna 36 times.

In the days before the murder, the 25-year-old sent threatening messages to Pietro’s date Giulia Consonni using fake Instagram profiles.

Then on June 23, five months after their relationship ended, Begum climbed out of her window at 6am, took a taxi to Pietro’s home in Canning Town, east London and stabbed him to death.

She had been wearing a blonde wig and gloves as she confronted then brutally attacked him before fleeing with his phone. Changing into his hooded top and trousers to hide her blood-stained clothes, she jumped in a taxi and went to a medical centre to get a cut to her thumb checked out.

Begum then used the Italian man’s phone for the next few days, deleting his Instagram posts and calling him six times in an attempt to cover her tracks. His body was found three days later when she anonymously tipped off his brother.

scblog learnt that Begum met Pietro, who worked in a Canary Wharf sandwich shop while she worked at a Clinton’s card shop in January 2016. She claimed they started a year-long relationship but eventually split in January this year as she suspected him of cheating on her.

Begum says she went to his home on the day of the murder to discuss getting back together and decided to wear the wig because she wanted to look her best and not ‘like a tramp’. The gloves she had on were just ‘how I accessorise’, she told the court.

DCI Gary Holmes, who led the investigation, said: ‘This was a callous, brutal and merciless attack on a young man who had his whole life ahead of him. ‘The frenzied brutal nature of the attack must have been entirely unexpected by the victim. Her behavior before and after the attack was very conceited and her claim of self-defense was rightly dismissed by the jugde.