Video: A Mexican man with 19-inch penis revealed that he can’t work because he can’t fit into work uniforms 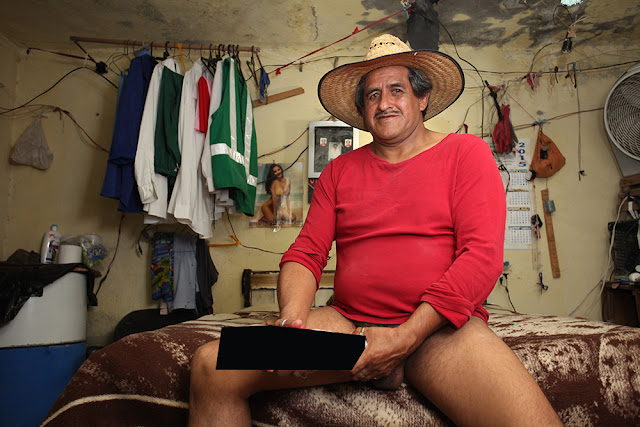 A man who is believed to have the world’s largest penis has been registered as disabled because he can’t wear uniforms or kneel.

However, he’s now receiving benefits to help him live while he tries to find a solution to his problem. He said: ‘I cannot wear a uniform like anybody in the companies and also I cannot get on my knees. ‘I cannot run fast and so the companies think badly of me. They say that they will call me, but they never do.’

He hit headlines when he smashed the unofficial world record held by US actor Jonah Falcon, whose penis was 9.5 inches flaccid and 13.5 inches when erect. Yet despite being super-endowed, the 54-year-old’s penis has caused him a number of health problems, including frequent urinary tract infections because not all his urine escapes his foreskin.

He’s also unable to sleep on his front and has to put his penis, which has to be wrapped in bandages, on its own pillow so he’s not in discomfort at night.

Despite all these issues, he refuses to have a penile reduction, as per his doctor’s recommendation, as he wants his ‘gift’ to be recognised by the Guinness Book of World Records. He said: ‘I would like to be in the Guinness Book of Records but they don’t recognise this record. ‘I am famous because I have the biggest penis in the world. I am happy with my penis, I know nobody has the size I have.’

Doctors recently did a thorough examination of Mr Cabrera’s penis, confirming suspicions that the bulk of his nearly 20-inch penis is foreskin.

His penile glands stretch only seven inches, meaning the rest of his member is completely foreskin and blood vessels.

They have also been able to offer some insight in just how his penis became quite so large – they say he has been stretching his penis with weights since his teenager. Dr Gonzalez added: ‘He was obsessed with the penis length. He began with this enlargement since he was a teenager, wrapping some bands around his penis with some weights and trying to stretch it.’