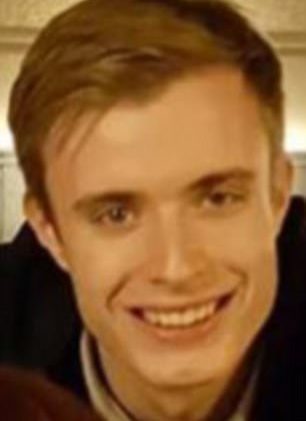 A judge has called for an inquiry after a student was cleared of rape when police failed to disclose evidence casting doubt over the case.

Liam Allan, 22, faced a two-year ordeal and three days in court before his trial was halted at the eleventh hour.


A court heard that his accuser had sent messages asking him for casual sex and expressing fantasies about having violent sex, including the desire to be raped. However, these messages were not handed over to prosecutors.

It is believed that the woman made up the claim because Mr Allan was going to university and would not be seeing her again. The woman’s phone contained 40,000 messages including those that showed she pestered him for ‘casual sex’.

They also revealed that she had told friends about her fantasies of being raped by him and having violent sex with him. Scotland Yard is carrying out an ‘urgent assessment’ into the collapse of the case following the late disclosure of evidence that undermined the case.

As the trial was halted at Croydon Crown Court yesterday the judge called for a review of disclosure of evidence by the Metropolitan Police, as well as an inquiry at the Crown Prosecution Service, The Times reported.

Police are understood to have looked at thousands of phone messages when reviewing evidence but it was not until the prosecution was close to trial that Met officers disclosed messages between the complainant and her friends which cast doubt on the case against Mr Allan.

The Crown Prosecution Service (CPS) said they offered no evidence in the case on Thursday, as it was decided ‘there was no longer a realistic prospect of conviction’.

Speaking outside court, Mr Allan told The Times: ‘I can’t explain the mental torture of the past two years. I feel betrayed by the system which I had believed would do the right thing the system i want to work in.’

Writing in the paper, prosecuting barrister and former Conservative MP Jerry Hayes said: ‘I told the judge that this was the most appalling failure of disclosure that I have ever encountered. ‘The CPS are under terrible pressure, as are the police. Both work hard but are badly under-resourced.

‘Crown court trials only work because of the co-operation and goodwill of advocates and the bench but time pressures are making this increasingly difficult. ‘Because of the swingeing cuts that the Treasury continuously imposes, the system is not just creaking, it is about to croak.’

A Scotland Yard spokesman said: ‘We are aware of this case being dismissed from court and are carrying out an urgent assessment to establish the circumstances which led to this action being taken.