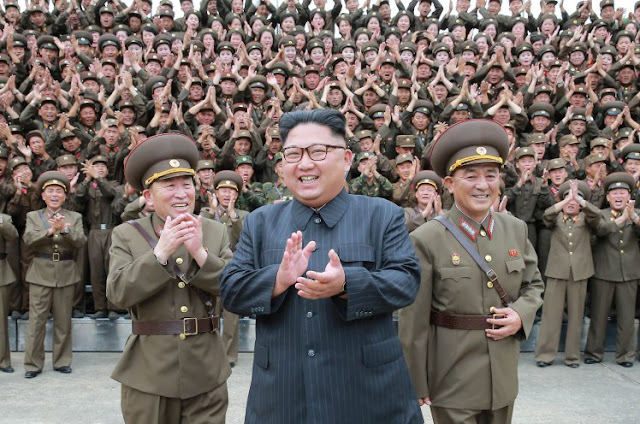 Military scientists in North Korea have been trying to ensure the anthrax would survive the high temperatures generated when the missiles re-enter the Earth’s atmosphere.


Japan’s Asahi newspaper reported South Korean intelligence sources were concerned the North Korea were finding new ways to use their estimated 2,500 and 5,000 tons of chemical weapons.

North Korean state television reported last month the launch of a new intercontinental ballistic missile, Hwasong 15, which is a nuclear-capable weapon which could fly as far as America.

The country has been capable of producing biological agents such as anthrax and smallpox for decades after orders from North Korea’s first leader Kim Il Sung in the 1960s.

‘North Korea is bad enough when you’re talking about their nuclear and missiles program. But I think we ignore their chemical and biological programs truly at our own peril.’

This week USA’s National Security Strategy confirmed Pyongyang was ‘pursuing chemical and biological weapons which could also be delivered by missile.’

The report said: ‘North Korea — a country that starves its own people — has spent hundreds of millions of dollars on nuclear, chemical, and biological weapons that could threaten our homeland.’