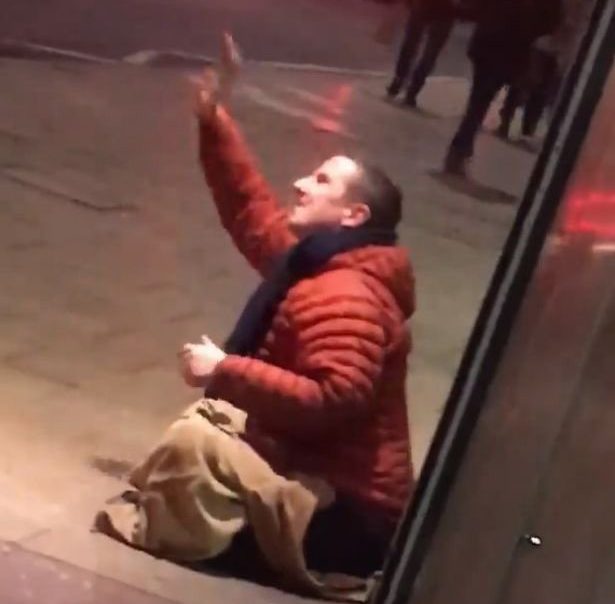 An aggresive beggar who has been seen abusing people in various parts of Liverpool, the beggar who was identified as Lee Debrucker has been confirmed of not being homeless.

Lee Debrucker was caught on camera last month abusing and shouting at people who did not give him money while he sat outside Liverpool Central station.

Today Debrucker, 43, appeared at Liverpool Magistrates Court where he pleaded guilty to an offence of begging. During the hearing, Debrucker confirmed that he does have a home address. When asked in court he spoke instantly to say it was High Street in.