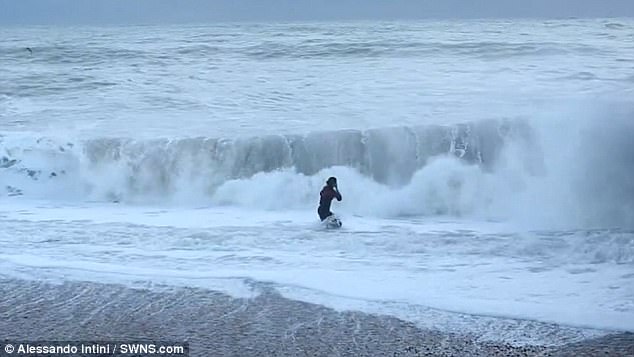 A woman risked life and limb after running into freezing waters to save her dog from drowning.

The footage, taken in Brighton, East Sussex, shows the woman as she struggled to rescue her pet after it was dragged out to sea.

Disappearing under the water for several seconds, powerful waves carried the woman back up the beach as the dog desperately tried to keep its head above water.

The fully clothed woman finally grabbed the bedraggled animal before she was hit by another wave and a bystander dragged the dog to safety.

She then stayed seated before regaining composure and walking back to the beach from the sea herself. 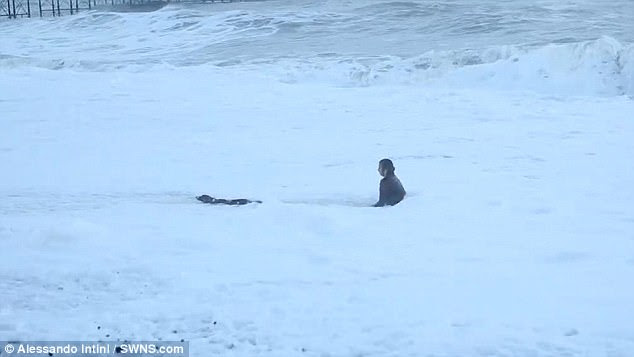 Both the RNLI and coastguard have said the woman was lucky to not have been killed during the daring rescue on the seafront where the temperature is just seven degrees.

Alessando Intini, 41, watched the rescue and caught it on camera.

He said: 'She was very confident going into the water, but after the first wave she was in shock, I think she was very lucky to come out alive.'