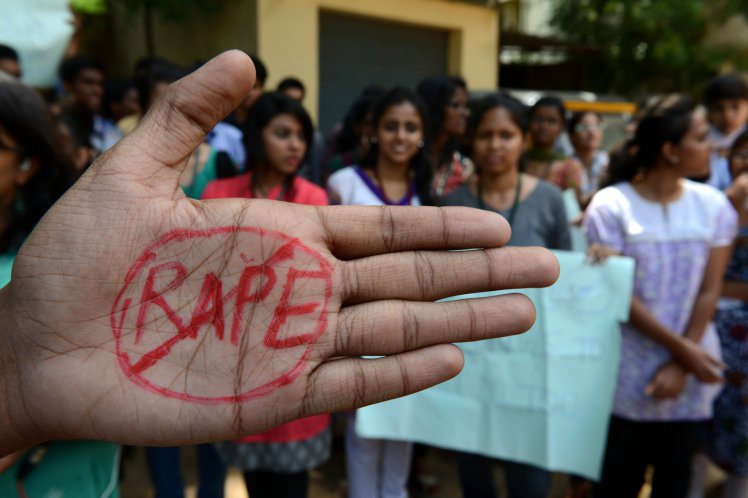 A young girl was murdered after being raped with a wooden stick in India.

The 6-year-old girl is said to have been tortured and raped with the 10-inch piece of wood, according to India Today TV.

Doctors found the stick still inside her body when they carried out a post-mortem examination in Hisar, north western India. She is said to have gone missing from her family home overnight on Saturday and was found the next day by neighbours who had volunteered to help find her.

Her family have now said that they do not want to cremate her body until the person who carried out the attack is arrested.

Dr Reetu Gupta, who carried out the post mortem, said: ‘The victim died due to torture perpetrated by inserting wood in her body by the accused.

‘We have also found injuries inside the intestine and uterus.

‘The wood was inserted with force which not only caused serious injuries inside the uterus but also in the intestine.

When she was discovered she was bleeding from the mouth and throat, and she had bruising to her shoulders and waist. People in Hisar and Uklana are said to have blocked roads and closed shops as they demand action.